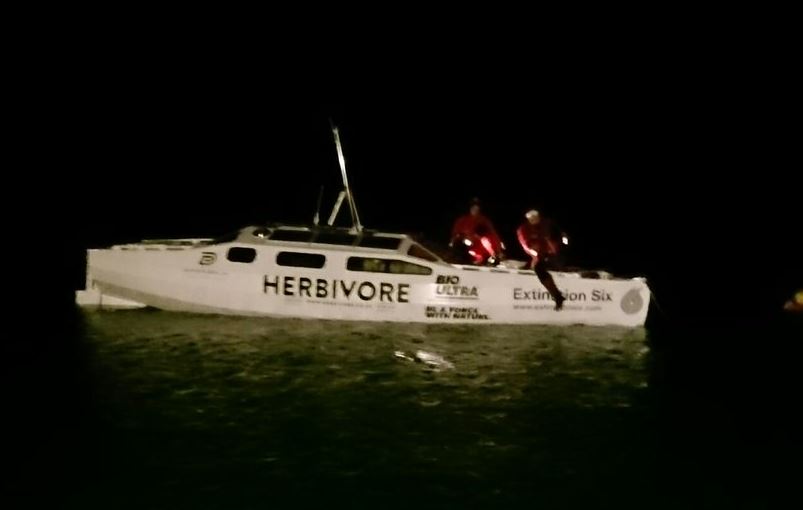 The NSRI deployed a boat following a request for assistance from the two crew on the "Herbivore" after they reported that one of the crew was suffering severe motion sickness.

CAPE TOWN - The SA Maritime Safety Authority (Samsa) will investigate a failed attempt by a woman and her son to paddle a boat from Cape Town to Brazil after they were rescued by the National Sea Rescue Institute (NSRI) on Saturday, the day after they set off.

The boat – crewed by a 50-year-old woman from Durban and her 27-year-old son from Cape Town – had reportedly departed from the Royal Cape Yacht Club, intending to paddle to Rio de Janeiro in Brazil.

“In rough sea conditions the tracking device, which they had apparently mistakenly left behind, was delivered to the paddle boat in Table Bay and they continued on their voyage,” he said on Sunday.

At 9am on Saturday, the woman’s concerned husband asked NSRI Yzerfontein to launch a search for the boat as their tracking system appeared to show them adrift 10 nautical miles off-shore. While NSRI Yzerfontein was placed on alert no formal distress had been called by the paddle boat.

“As a precaution NSRI Yzerfontein launched the sea rescue craft Rotary Onwards but with no direct communication with the crew on the paddle boat and only a last known position being recorded six hours earlier, no sign of the casualty boat could be found in the rough sea conditions hampered further by the casualty boat colour being white against a backdrop of rough sea white waters,” Lambinon said.

The Maritime Rescue Co-ordination Centre (MRCC) also placed an SA Air Force 22 Squadron Dakota aircraft on alert, but with still no formal distress call from the crew on board the paddle boat no further action was immediately necessary.

“Later on Saturday afternoon NSRI Table Bay were activated following a request for assistance from the two crew on the paddle boat reporting that the 50-year-old female was suffering severe motion sickness.”

In rough seas and strong winds NSRI Table Bay launched the sea rescue craft Spirit of Vodacom to rendezvous with the paddle boat 10 nautical miles off-shore of Bokpunt, between Melkbosstrand and Grotto Bay.

On arrival on the scene the mother and her son were taken off their boat onto the sea rescue craft and attempts were made to tow the paddle boat.

However, in the rough sea conditions the towing effort was hampered and the boat was towed to a sheltered anchorage at Dassen Island and left there, while the mother and her son were brought safely to port in Table Bay, arriving at 1am.

They would make arrangements to recover their paddle boat from Dassen Island, and Samsa would investigate, Lambinon said.

Our crews around the coast have had a busy weekend so far. https://t.co/TbNNzMa2oP pic.twitter.com/8pa53NSOJb