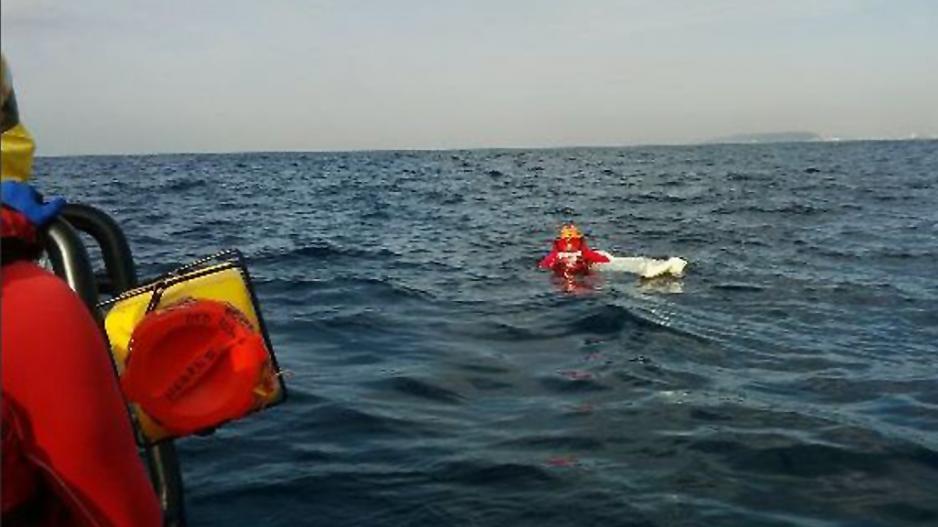 7 August 2016 - NSRI personnel, assisted by IPSS Medical Rescue, and SAPS Durban Search & Rescue, recover the mutilated body of an unknown male from the mouth of the Umgeni River in KwaZulu-Natal.

The NSRI was alerted by the Transnet National Ports Authority of a drowning in progress in the surf below Crystal Pools between Gordon’s Bay and Koegel Bay.

Cape Town Fire and Rescue Services’ rescue divers, the provincial government’s emergency medical services and provincial traffic police were already on the scene after being flagged down by bystanders who reported a father and son were in the surf experiencing difficulty.

“It appears that the 34-year-old male, from Athlone, and his 10-year-old son were fishing from rocks when the child was swept into the surf by waves and his dad jumped in to help but both got into difficulty,” the statement said.

Despite the CPR efforts, the 34-year-old man was declared dead at the scene.

The family has been provided with counselling.

In another incident, the NSRI was alerted to a report of CPR being performed on a 63-year-old man at an education camp in Soetwater, near Kommetjie. The man had been diving and was later recovered after he was found “floating unresponsive in the water”.

This evening our thoughts are with our rescue crew and with the families who have lost loved ones... https://t.co/ev0CgQQDan pic.twitter.com/yqcJpUmYBf

Just after lunchtime on Tuesday, NSRI Melkbosstrand was alerted that a Frenchman from Paris (38) had hired and launched a windsurfer and did not return by 14:00.

“During an extensive search, NSRI were contacted by Robben Island Security who reported that a windsurfer had come ashore at Robben Island at 16:30.”

The man, an experienced windsurfer, had been unable to get the sail up after the wind dropped during his voyage.

INFOGRAPHIC: How to prevent drownings this holiday

He was airlifted to the mainland by Skymed to the NSRI base in Melkbosstrand where he was reunited with his family and not injured. He required no further assistance.

The NSRI was also deployed after reports emerged that three crew on board a boat at Morris Point in Witsand in the Breed River Valley were in difficulty.

“On arrival on the scene the hellcat Geronimo was found smashed on rocks and the three crew were safe on the rocks, but one male suffered lacerations to his leg. They were brought to Still Bay aboard the sea rescue craft and the injured man was taken to a local doctor for treatment.”