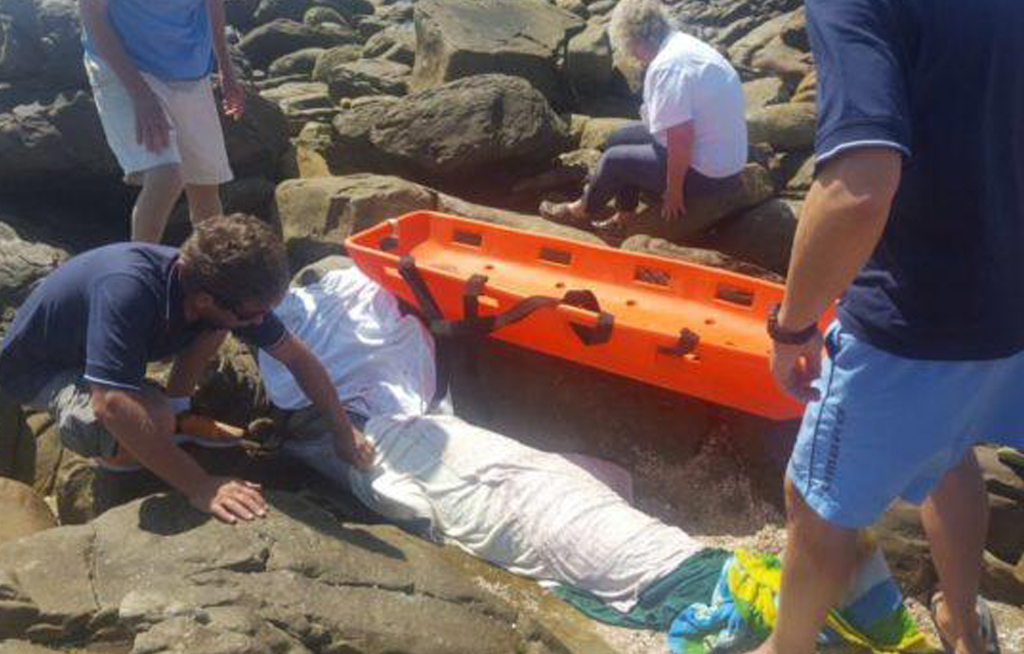 The National Sea Rescue Institute (NSRI), members of nature conservation organisations, and members of the public all pitched in to help rescue a dolphin stranded on rocks at Cape St Francis.

CAPE ST FRANCIS - The National Sea Rescue Institute (NSRI), members of nature conservation organisations and members of the public pitched in to help rescue a dolphin stranded on rocks at Cape St Francis on Sunday.

He immediately contacted Dr Greg Hofmeyr from Bayworld Marine, who contacted me and requested official assistance," she said.

A crew went to assess the situation, finding the dolphin high and dry 25 metres from the outgoing tide on rocks.

Southern African Foundation for the Conservation of Coastal Birds (SANCCOB) members arranged towels and buckets for water. The dolphin was bathed and wrapped in wet towels and after guidance from Hofmeyr, the dolphin was moved, using a Stokes basket stretcher, to the harbour where it was loaded onto the ski-boat "Sea Wolf" with the help of Brandon Kennedy and Marc White, Smith said.

"We took the dolphin just over a mile outside the harbour and released him. Conditions weren’t great, with approximately four-metre swells and breaching over the harbour wall. But the dolphin swam confidently once in the water.

"We’d like to thank both Mark White and Brandon Kennedy as well as the initial people on the scene, Penny (volunteer at SANCCOB), and the gentleman who was walking his dogs who alerted everyone," Smith said.