Nuclear can give us clean water - Energy minister 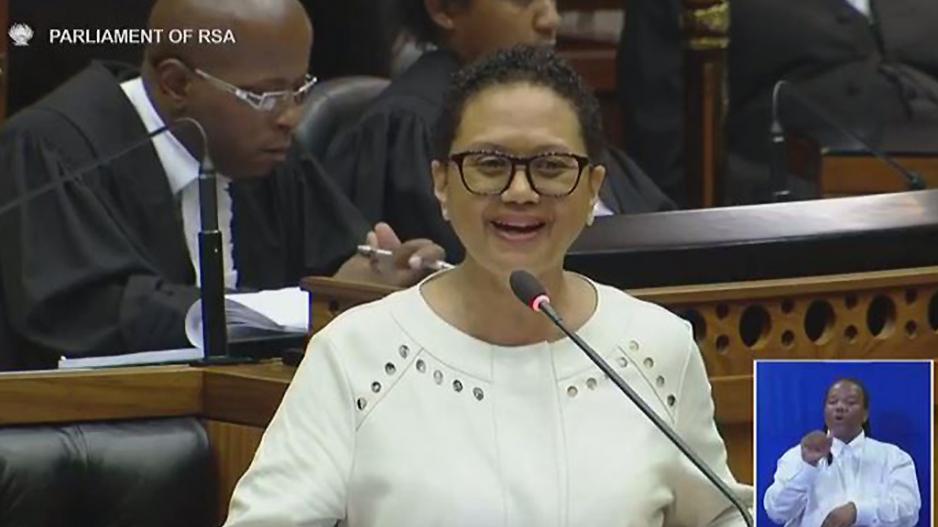 Parliament, 17 February 2016 In retaliation to the verbal attacks during day one of the SONA debate on Tuesday, the ANC Minister of Energy Tina Joemat-Pettersson compared opposition MPs to drunk uncles at a family gathering.

“We have to do nuclear because we do not have sufficient fresh water,” said Joemat-Petterson at the State of the Nation Address debate on Wednesday afternoon in Cape Town.

TJP says we have to do Nuclear, "Because we don&39;t have enough fresh water." Nuclear stations at coast results in desalination SONAdebate

“It does desalinate water for its own use – but it&39;s not desalinating water for human consumption,” Taylor said.

“It’s an energy-intensive process and you won’t have enough electricity left for lights.”

"While it is true that the proposed new nuclear reactors would probably use desalinated water, as far as Greenpeace is concerned, desalination is an extreme water-supply measure, which is both hugely expensive and energy-intensive," she said.

"In reality, a number of renewable energy technologies are essentially water-free (wind and solar PV), and these are much more sustainable options to invest in," said Steele.

"Stating that it is necessary to invest in nuclear to save South Africa&39;s water is nothing more than a badly disguised smokescreen to support an argument that nuclear investments should go ahead, with the massive costs and risks associated with it," she added.

“Medupi will use 17 billion litres of fresh water a year honourable chairperson. 17-billion litres of water which we’ll all be looking for because this drought is not going to stop tomorrow,” she said.

During the environmental impact assessments for Eskom’s Medupi and Kusile coal-fired power stations, Taylor said that Earthlife Africa did raise the issue of water security.

“We said clearly these things will be water hungry but they went ahead and built them in water scarce areas,” he said.

“They should have thought of water allocation before building them.”

She also praised the success and operations of the Koeberg nuclear power station in the Western Cape.

"If we close Koeberg power station, 80% of Cape Town will be dark. Verrrry, verrry Dark." TJP on nuclear.

Steele said the government should abandon coal and nuclear power if it was serious about solving the country&39;s water crisis.

If the government were serious about solving the problems related to water scarcity, then new nuclear and coal investment plans would be abandoned, with a significant increase in renewable energy investments instead.

Zuma should be proud

“Those solar plants in the Northern Cape have you to thank Honorable President.”

“The people of the Northern Cape, I’m one of them, are eternally grateful for your legacy,” she said.

This project attracted more than R1-billion in foreign direct investment," said the Minister.

"Up until now we are offsetting 20% of our emissions through this programme," she said.

"The REIPPPP programme has clearly proven that renewable energy projects can deliver on-time, and on-budget (unlike coal and nuclear projects, which notoriously deliver behind schedule and over-budget)," Steele said.

The Minister also criticised the opposition during her speech.