Numsa to march against corruption 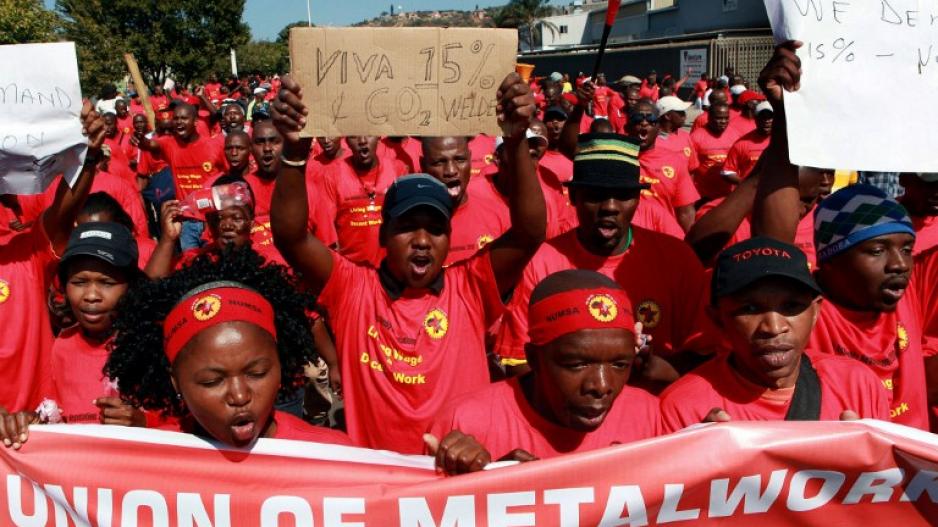 For decades, the 350,000-member National Union of Metal Workers (Numsa) has been a pillar of support for the African National Congress.

JOHANNESBURG - The National Union of Metalworkers of South African (Numsa) would march against corruption, both in the public and the private sectors, at the end of the month, the union’s president Andrew Chirwa said on Tuesday.

“Two months ago, Numsa gave notice to Nedlac (National Economic Development and Labour Council) of its plans to embark on stay-aways, strikes, marches across the country against escalating corruption in the country,” Chirwa told reporters in Johannesburg.

He said two marches would take place in Pretoria and Cape Town on September 30.

Trade union federations such as the Federation of Unions of South Africa, National Council of Trade Unions and other independent unions would join the mass action, he said.

Chirwa said: “We are overjoyed that other trade unions have indicated their determination to join us in the next few days. This support puts to rest attempts to portray the strike as a Numsa action”.

The mass action, dubbed ‘United against Corruption’ would see people marching to the Union Buildings in Pretoria and to Parliament in Cape Town.