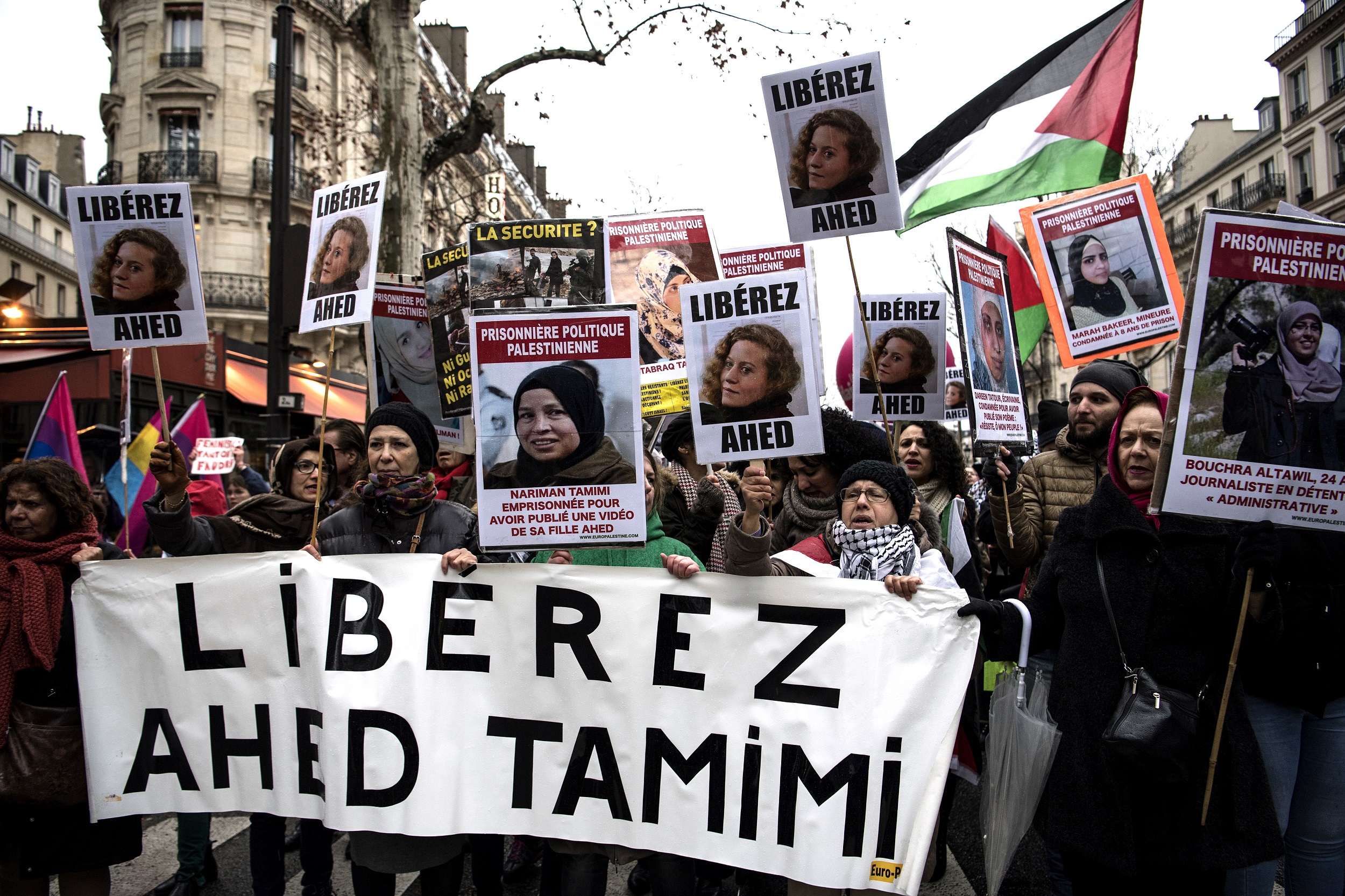 File: Demonstrators hold a banner reading "Free Ahed Tamimi" referring to the Palestinian teenager jailed in Israel during a demonstration.

JOHANNESBURG - The National Union of Metalworkers of South Africa (Numsa) is demanding that Israel immediately release 17-year-old Ahed Tamimi, who was arrested and charged with 12 counts including assault.

"Numsa condemns the apartheid state of Israel and its illegal detention of Ahed Tamimi. We call on all progressive working class formations locally and internationally to condemn and expose the ruthless Israeli government for its brutality," the union said on Wednesday.

Tamimi is an activist and together with her family she has been leading struggles against Israel’s illegal occupation of her West Bank Village Nabhi Saleh, an area whose working class population is known for its activism and which is the constant target of raids and arrests by Israeli soldiers.

A video of the teenager slapping an Israeli soldier went viral last year.

Shortly before the incident, her 15-year-old cousin had been severely wounded after being shot in the face at point-blank range by Israeli soldiers. Tamimi&39;s trial began in the middle of February but has resumed again in an Israeli military court this week.

Numsa said it supports the working class of Palestine as they struggle for equality and justice.

"Hlanganani, our region in Tshwane, has committed itself to launching a campaign against the oppressive Israeli state," said the union.

"Tamimi is one of over 300 Palestinian children who are languishing in Israeli jails. Israel is a racist state which oppresses the people of Palestine in the same brutal and violent fashion, as the immoral Nationalist Party government which implemented the apartheid system."

Israel&39;s establishment as a state in 1948 resulted in the displacement of more than 750,000 Palestinians and the deaths of thousands more.

The Palestinians who remained in the territory that became Israel were subject to military law in the form of curfews, travel restrictions and arbitrary detention without fair trial.

"Palestinian people have no rights in the land of their birth after it was stolen from them by Israel," said the union.

"Their settlements are routinely being demolished by the Israeli government and hundreds of people are forcibly removed from their homes every year. Palestinians are forced to use a ‘dompas’ or permits if they travel outside of their villages."

Contrary to recent developments, Numsa said it recognises that East Jerusalem is the capital city of Palestine.

"We will continue to denounce the occupation of apartheid Israel in Jerusalem. We reject the announcement made by Donald Trump earlier in the year to declare East Jerusalem as the capital of Israel and the decision to transfer the US embassy from Tel Aviv to Jerusalem.

"We demand the total shut down of the Israeli Embassy in South Africa and for diplomatic relations between the two countries to be severed. The battle against apartheid was intensified through sanctions. We demand that sanctions be imposed on Israel as well.

"It is for this reason that Numsa supports the IsraeliApartheidWeek which has been launched in South Africa this week."

The ongoing initiative, which is an international series of self-organised rallies, protests, lectures, cultural performances, concerts, sports events, films and workshops held annually in over 250 cities, communities and campuses across the globe ends on Sunday 17 March.

Numsa said the event is shedding light on the struggles of the Palestinians.

"The theme for 2018 is focusing on Israel’s cruel treatment of Africans. We urge all our comrades to support this initiative and to participate in the event as a demonstration of international solidarity."