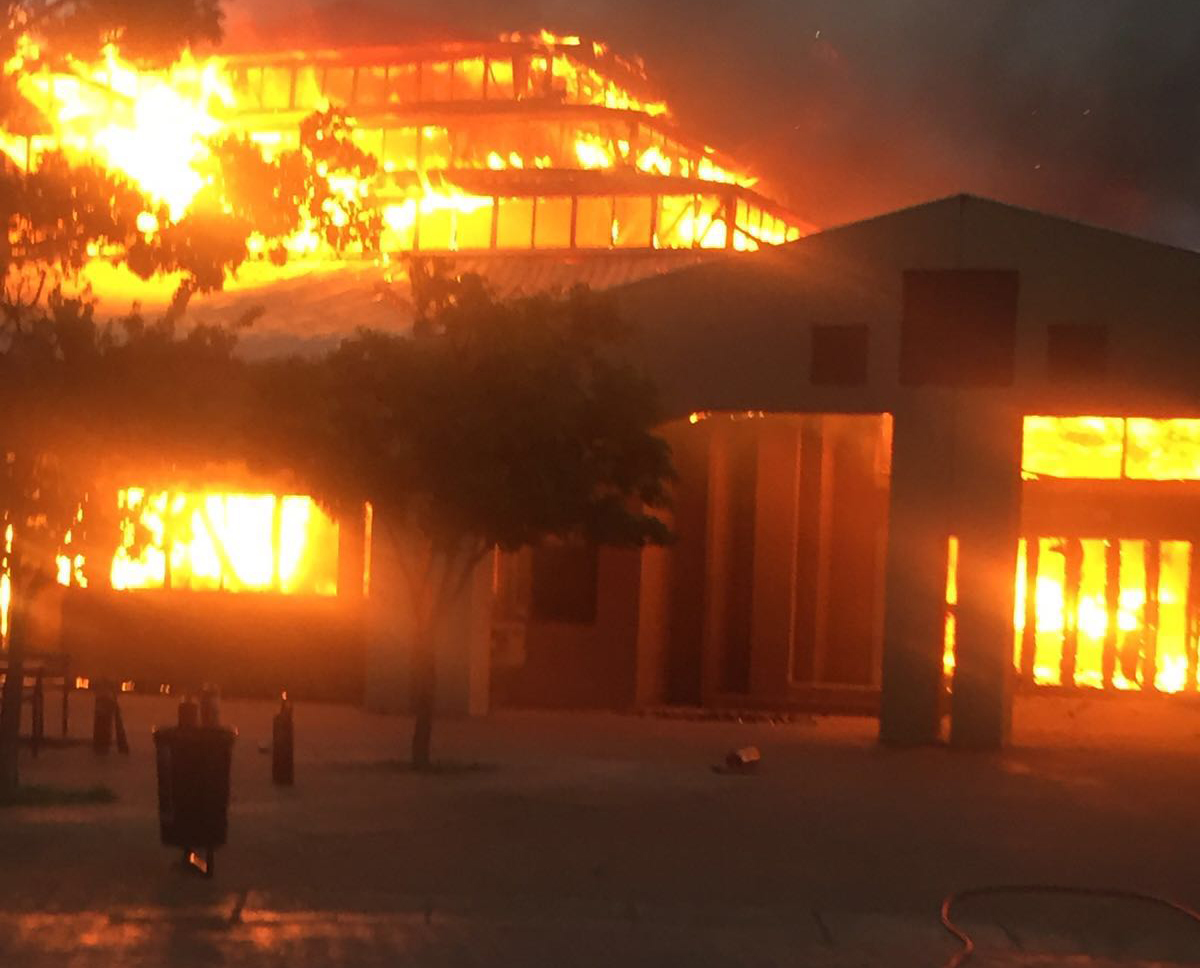 RUSTENBURG – Students at the North West University’s Mafikeng campus were told to go home on Wednesday night as the institution’s management opted to shut the campus down “indefinitely” in the wake of violent protests.

University spokesman Koos Degenaar said: “All students will have to go home indefinitely. The campus is closed.”

The announcement followed clashes between students and university security as well as the torching of a car and two buildings by students angered by the university’s decision last month to dissolve the SRC and replace it with a new council.

Degenaar said the university would issue a full statement in the morning.

He said that the trouble on the campus had started after the new SRC was inaugurated on Wednesday.

The previous SRC was dissolved because management said it was not performing its duties.

After the inauguration there were running battles between the university&39;s security and students who supported the previous SRC.

Rubber bullets and teargas were used to disperse the students.

“A car belonging to a security company was burnt down and two university buildings were also burnt. No arrest has been made, we are investigating the incident,” said Brigadier Leonard Hlathi.

A science building was allegedly set alight by the protesting students and the flames quickly spread to adjacent buildings. Earlier, students were believed to have set alight a security vehicle following clashes with private security officers.

Hlathi said police had received reports of shootings, but he was not aware of any deaths.

“I can confirm that we have received reports of shooting and people injured, but no one has yet opened a case.”

Stun grenades and rubber bullets were used to disperse the crowds and a number of injuries were reported.

Degenaar also dismissed reports on social media which claimed a student was killed in the clashes.

“It is incorrect that someone was killed. Reports that security used Sharp (live) ammunition are incorrect,” he said.

Meanwhile, the EFF has called on the immediate removal of private security at the university who are using live ammunition against students.

In a statement, the party said: "There are never grounds, under no circumstances, to use live ammunition against unarmed and defenceless student protesters, let alone by private security personnel.

"In a country with a recent history of massacre against workers in Marikana, armed private security cannot be allowed to deal with public order and protests. We condemn the university&39;s decision to unleash this terror on students and its management must be directly held responsible for all the injuries caused.

"We further call on all students to be resilient and stand their ground. They must defend their campus against terrorists masquerading as campus security.

"We are aware that the NWU Vice Chancellor, Professor Dan Kgwadi has pronounced his affiliation to the ANC and said he will never allow the campus to be led by an EFF SRC. We want to give him advice that not even his political mentor, Lucas Mangope could silence the will of the people. No one can impose themselves on the people and that is why we must all accept democratic outcomes.

"The EFF leadership is making arrangements to meet the NWU management to find a lasting and peaceful resolution to the situation. It is a matter of fact that the EFF is the only political party that can provide peaceful and lasting solutions to challenge facing the country.

Good question @glynnisu Who stands to benefit the most from the discourse and violence NWUMafikeng FeesMustFall https://t.co/nZgucWZEyW

No reason can justify burning and destroying university property. Responsible culprits need to be arrested and charged. NWUMafikeng

They are literally burning down their future! NWUMafikeng

In case you missed it: Images coming out of NWUMafikeng The campus has now been closed indefinitely pic.twitter.com/kzpp8SlUzb

NWUMafikeng what happend there is shocking can the politicians halt campaigns and actually address this catastrophe head-on!!! No future

Basically our academic academic records are no longer available.? NWUMafikeng

This is a developing story. Further updates will be published in due course.