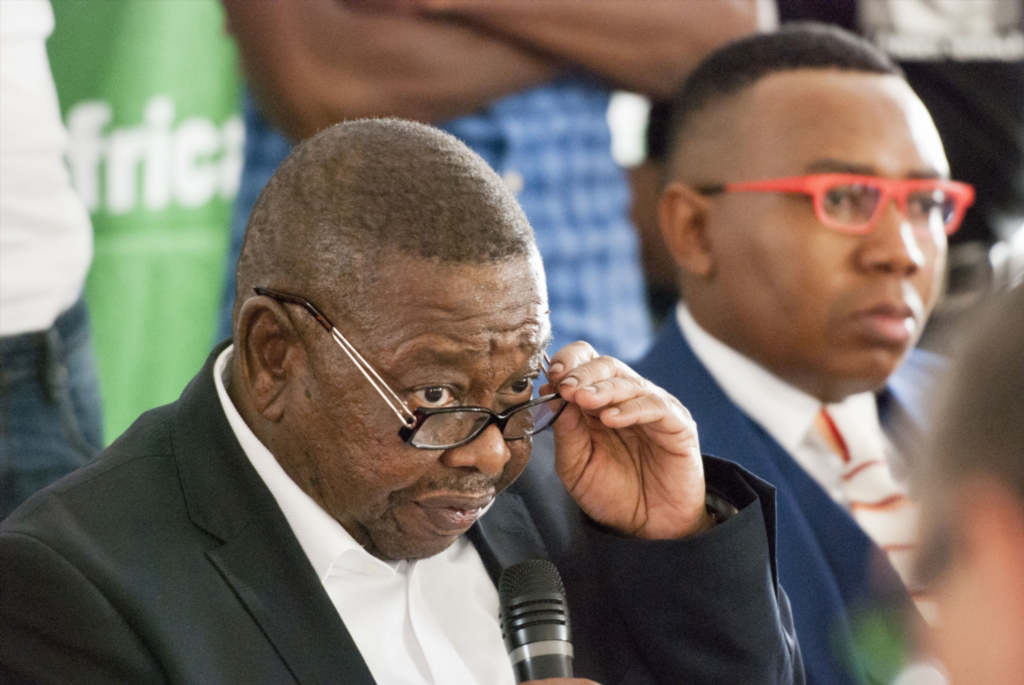 FILE: Minister of Higher Education and Training Blade Nzimande and his deputy minister Mduduzi Manan during a meeting with university SRC leaders in Johannesburg on 14 January 2016.

Speaking at a media briefing before tabling his budget vote in Parliament, Nzimande said government had made huge strides in providing funding to university students and would continue to fund the studies of poor students, but ruled out the idea of free tertiary education.

“We can’t have a system with no fees. Those who can pay, must pay. A country like ours can’t afford to have free higher education for all,” Nzimande said.

“It’s a cheap populist call by people who have no responsibility to run the country.”

Nzimande said higher education and training was one of very few departments who saw significant budget increases for the 2016/17 financial year, despite budgetary pressures brought on by a global economic downturn.

The decision to zero-rate tuition fee increases for 2016 after widespread student uprisings over high tertiary education costs last year meant government had to contribute R1.9 billion to the expected R2.3 billion shortfall expected to be experienced by the country’s universities.

“We have reprioritised over R5.7 billion over the 2016/17 to 2018/19 MTEF (medium term expenditure framework) period to universities to ensure that the fee freeze in 2016 does not lead to unmanageable fee increases in the future,” he said during his speech to MPs.

Nzimande said the reprioritisation of funds had meant that money was taken away from other important programmes, including those which would have benefitted masters and PHD students.

The baseline funding for the National Student Financial Aid Scheme (NSFAS) increased by 47 percent, the minister said. The increase was as a result of an additional R2.54 billion allocated to NSFAS to pay the fees of students who were underfunded between 2013 and 2015, and the R2.03 billion set aside for poor students entering universities for the first time in 2016.

“This, together with the other NSFAS funds, will this year put 205,000 through university, and another 200,000 through TVET (Technical Vocational Education and Training) colleges,” said Nzimande.

Nzimande said work was currently being done to test a funding model to provide support for the so-called “missing middle” – students whose parents’ income was above the NSFAS threshold, but who still could not afford to pay for their studies.