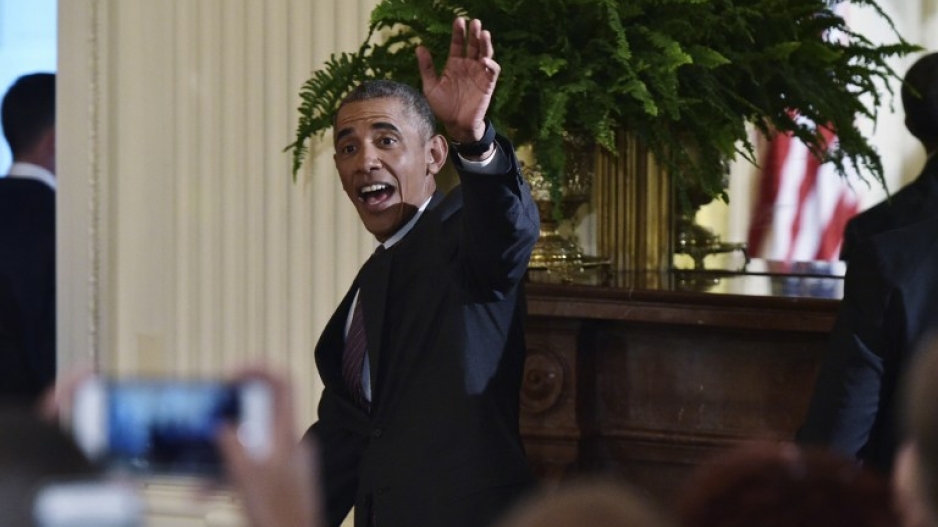 US President Barack Obama waves after speaking at a reception to mark LGBT month in the East Room of the White House on June 9, 2016 in Washington, DC.

JOHANNESBURG- The Obama Foundation on Saturday began its five-day gathering in Johannesburg of 200 young leaders from 44 countries across Africa as part of a one-year leadership development and civic engagement program.

The foundation said the programme was designed to train, support, and connect emerging African leaders working to create positive change and explore new ways to tackle the biggest problems in their communities.

If you could use a bit of inspiration today, there are some people we&39;d like you to meet. Get to know just a few of the 200 ObamaLeaders who are joining us in Johannesburg starting today to explore new ways to take on the biggest challenges in their communities. pic.twitter.com/MQqrbo5teu

This as former US president Barack Obama travels to South Africa this week to deliver the 16th Nelson Mandela annual lecture in Johannesburg on Tuesday to mark the 100th anniversary of Mandela’s birth. Obama will also visit his ancestral home in Kenya. The 16th Nelson Mandela annual lecture will be delivered under the theme "Renewing the Mandela legacy and promoting active citizenship in a changing world".

In an official statement, Obama said he would talk about how citizens could create the conditions to bridge divides, make changes across ideological lines, and work together to "resist oppression and inequality".

The visit takes place despite lobby groups, such as CAGE Africa and Palestine Solidarity Alliance, calling on the Nelson Mandela Foundation to "uninvite" Obama after he was announced as the guest speaker for the lecture last month, claiming Obama&39;s principles were "contrary" to Mandela&39;s.

Obama issued a short list of books that he recommended for summer reading, including some of Africa&39;s best writers and thinkers. The list included Chinua Achebe&39;s "Things Fall Apart", "A Grain of Wheat" by Ngugi wa Thiong&39;o, and Mandela&39;s "Long Walk To Freedom". Obama said he wanted to share the books list as he drew inspiration from the authors and their books.

"Over the years since, I&39;ve often drawn inspiration from Africa’s extraordinary literary tradition. As I prepare for this trip, I wanted to share a list of books that I&39;d recommend for summer reading, including some from a number of Africa&39;s best writers and thinkers - each of whom illuminate our world in powerful and unique ways," Obama said.

This week, I’m traveling to Africa for the first time since I left office – a continent of wonderful diversity, thriving culture, and remarkable stories. As I prepare for this trip, I wanted to share a list of books that I’d recommend for summer reading: https://t.co/W4Jc0N23iy