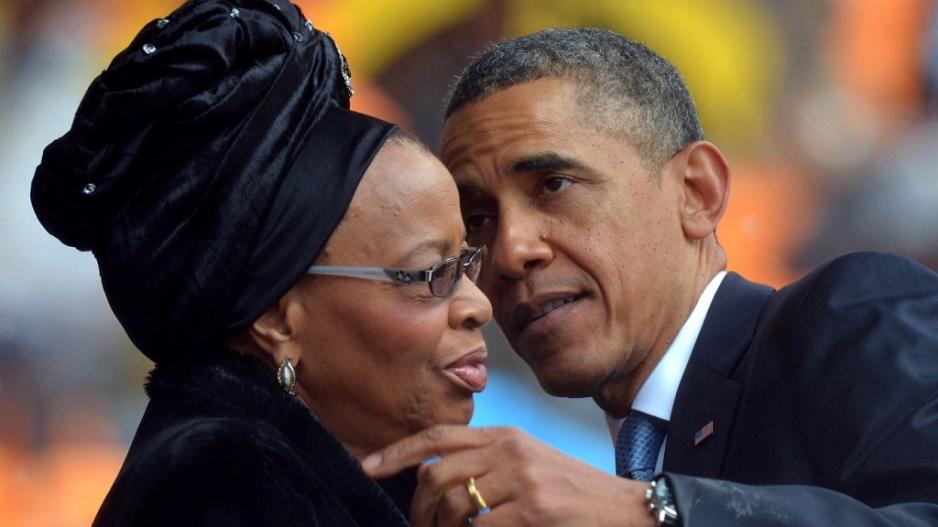 JOHANNESBURG - South Africa celebrates the 100th anniversary of Nelson Mandela&39;s birth this week with a flagship speech by former US president Barack Obama and an outpouring of memories and tributes to the late anti-apartheid leader.

Mandela, who died in 2013, remains a global icon for his long fight against white-minority rule and for his message of peace and reconciliation when he was released after 27 years in prison.

His birthday on July 18 is marked annually around the world, and the Nelson Mandela Foundation called this year for people to "take action and inspire change" in Mandela&39;s name.

Obama will set the tone for the celebrations with a speech in Johannesburg on July 17 that aides say will be his most important public address since leaving the White House in 2017.

"It gives him an opportunity to lift up a message of tolerance, inclusivity and democracy at a time when there are obviously challenges to Mandela&39;s legacy around the world," his aide Benjamin Rhodes told the New York Times.

Obama will also host a town hall event on July 18 for 200 young leaders selected from across Africa to attend a five-day training programme.

The former US president met Mandela only briefly in 2005 but gave a eulogy at his funeral saying Mandela "makes me want to be a better man" and hailing him as "the last great liberator of the 20th century".

A legacy under threat?

South African President Cyril Ramaphosa has said he would mark "Mandela 100" by donating half his salary to charity to honour "the great sacrifices he made and his tireless commitment to improving the lives of the most vulnerable."

FW de Klerk, the former president who shared the Nobel Peace Prize with Mandela in 1993, told AFP that the 100th anniversary was a chance to reflect on South Africa&39;s current troubles.

"I&39;m convinced that President Mandela would be deeply concerned, as I am, about the present state of affairs," he said.

"His vision of a reconciled South Africa has become almost non-existent within the ANC at the moment."

READ: &39;Did the Mandela government set South Africa up for failure?&39;

De Klerk, who said he treasured his "deep friendship" with Mandela, added that he found hope in good race relations among many ordinary people.

A World Bank report this year said South Africa was the most unequal society on the globe, and many South Africans feel that Mandela&39;s hopes for the country have been dashed by his successors.

Others accuse him of "selling out" by allowing white people to retain control of much of the economy.

"He fought to make us politically free, but we are not economically free," 19-year-old Soweto resident Mtate Phakela told AFP.

"We can&39;t access education or wealth. I have mixed feelings. He did his best, but people who came after could have done better."

Among the many events marking the anniversary are a walk in Johannesburg led by Mandela&39;s widow Graca Machel, the release of letters that Mandela wrote from his prison cell and the printing of a commemorative banknote.

Climbers are heading up Mount Kilimanjaro, motorcyclists are undertaking a charity ride and a programme to build 100 school libraries will be launched, alongside a series of exhibitions, music festivals and sports events.

Mandela was imprisoned under white-minority apartheid rule from 1962 and 1990 before he led the African National Congress party to victory in the first multi-race elections in 1994.

He served one term as president before stepping down in 1999.

The title of Obama&39;s Nelson Mandela Annual Lecture is "Renewing the Mandela Legacy and Promoting Active Citizenship in a Changing World."

Before arriving in South Africa, Obama will make a brief private visit in Kenya, his father&39;s homeland, on Sunday and Monday.