One arrested over UKZN protests 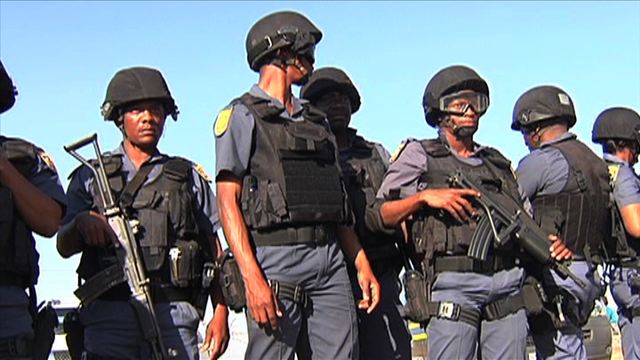 7 September 2015 - Police killings have taken centre stage in recent months, raising concerns over the safety of the men and women in blue.

DURBAN - One person has been arrested following the violence that resulted in the closure of the University of KwaZulu-Natal’s Westvile campus.

Dr Albert van Jaarsveld, the vice chancellor of the university, made the announcement at a press conference at the university on Tuesday afternoon.

He said that while the university supported the right of students to protest, it could not support the wanton destruction of property.

The protests erupted at the campus on Sunday night where the main administration block was set alight.

Protests continued through to Monday morning with the police’s Public Order Policing unit being deployed.

Two cars were also torched and numerous tyres were set alight and staff arriving for work in the morning found the entrances blocked by protesters.

“We are appalled at the destruction from the behaviour that played itself out on Sunday evening,” said Van Jaarsveld.

He said a full investigation was under way with video footage and photographs being analysed to determine who was involved.

Van Jaarsveld said it was still too early to determine the cost of the damage caused by the protests.

He said the university management had been in communication with a number of student groupings, but that it was not clear what was behind the protests.

He said he had regretted closing the campus for two days, but hoped that the academic program would resume on Wednesday without any problems.

“Acts of violence are simply not tolerable,” he said.

He said contrary to any reports there was no discussion to increase fees and that the only discussion was to increase the once off admin fee upon registration from R3,500 to R5,000. But this had not yet been decided by the university’s council.

Speaking at the launch of a youth project the province’s capital city, he said: ““We are very disappointed in the manner in which the students have decided to vent their frustration, we see this as unscientific to destroy university infrastructure, we advise the institution to take action against students who have engaged in such conduct.”

He said violence would result in society not taking the students’ grievances seriously.

“We condemn any form of violent protest, the concerns can be resolved through discussions between the management and student representatives, there is no indication that by destroying property your problems can suddenly be resolved,” he said.