One killed in Soweto mob justice 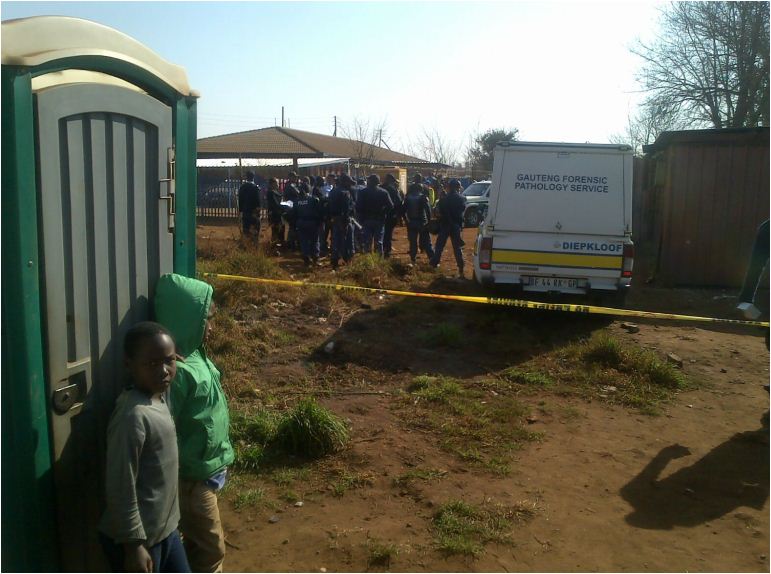 The scene where a man was allegedly beaten to death by angry residents in Soweto.

JOHANNESBURG - One man has been confirmed dead after being attacked by community members in Protea South, Soweto on Wednesday morning.

Police spokesman Captain Mpande Khoza said the community assaulted four men after one of them was allegedly caught stealing.

"It was mob justice. One man was killed and we managed to rescue the other three. They have been taken into police custody for their own protection."

This incident happened at around 7.30am on Wednesday morning near the Protea South Clinic.

Khoza said eyewitnesses claimed a woman was hanging washing outside her home when a suspect entered her yard and grabbed a lawnmower.

The woman screamed, which alerted community members to the attempted robbery.

"Community members attacked the suspect and forced him to lead them to the accomplices with whom he normally works," Khoza said.

The man pointed out three other suspects that have allegedly been terrorising the community and they were also attacked.

It was not clear whether the man who grabbed the lawnmower is the one who was killed.

Police remained on the scene on Wednesday morning to collect statements.

"We are opening a case of murder," said Khoza.

"No one is willing to come forward to say that they were actually robbed by these men."