One of SA's most wanted CIT kingpins arrested 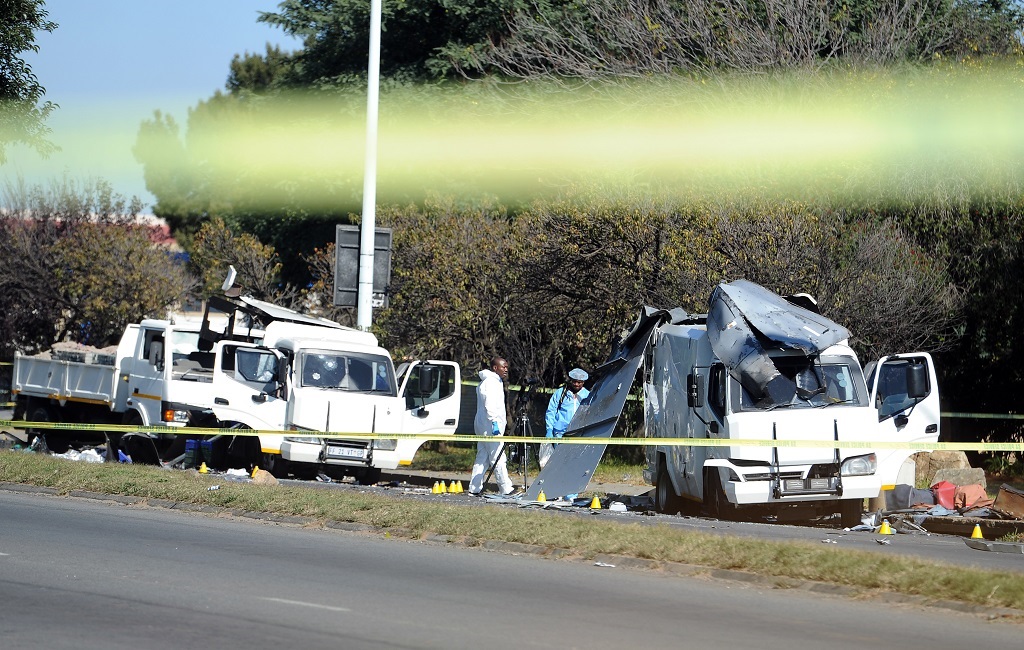 File: Between April to November 2018, 118 cash-in-transit robberies were recorded.

Cenenda is believed to be involved in a string of run-ins with the law dating back to 1993.

Cenenda was arrested in a crime intelligence-driven operation in Bloemfontein on Thursday assisted by the local tactical response team members according to a statement by the South African Police Service (SAPS).

The SAPS says Cenenda was wanted for a 2016 case where he and his accomplices were involved in a shootout with the police.

"A twelve member group were conspiring to commit a cash in transit robbery in Mpumalanga.  Police received information about a planned cash heist along the Delmas road and a swift operation involving the Hawks, Crime Intelligence and the Task Force was planned."

Cenenda appeared briefly at the Delmas High Court and will be joining his other accomplices on 20 August 2018 whilst in custody.

Further investigations to link him to other cases continue.

The Minister of Police, Bheki Cele has hailed the arrest of Cenenda as a major stepping stone in stamping the authority of the law in South Africa.

“We will as the SAPS continue to ensure we put a permanent stop to the scourge of cash in transit crime. It is our responsibility and mission to protect and secure the inhabitants of the republic and their property and ensure criminals are brought to justice," Cele said.

“We are very serious about turning the tide, we will not rest until South Africans feel safe."