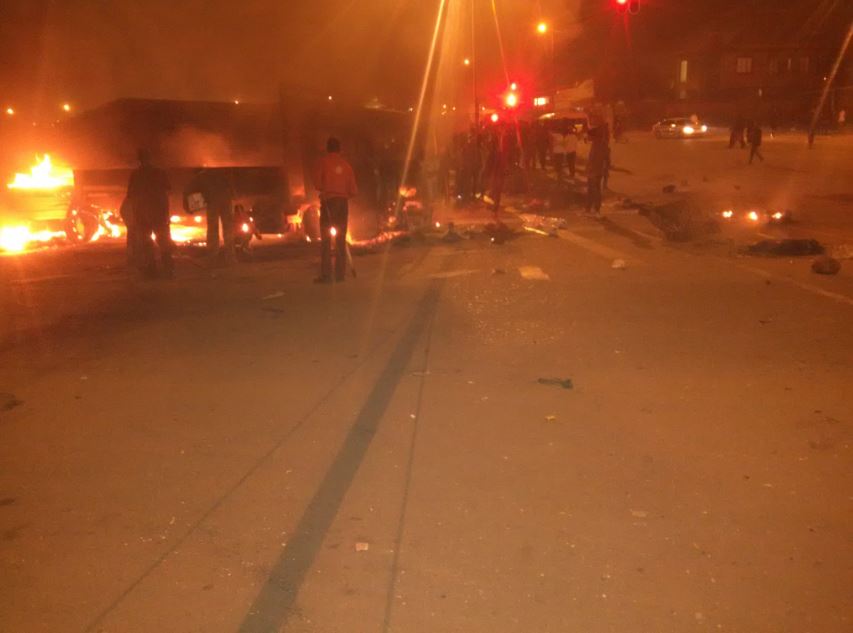 An photo from an eyewitness in Mamelodi showing trucks being burnt in Mamelodi in Tshwane on Monday 20 June 2016.

Three TMPD officers were injured as a result of protest action in Arcadia.

Mahama refused to speculate on suggestions that the protesters were ANC members, disgruntled at the new mayoral candidate announcement.

Reports of violence in Mamelodi emerged soon after.

Mahamba confirmed that there was unrest occurring in the area and that one person had been burned by violent protesters.

TMPD are reportedly on site, monitoring the situation.

Another city of Tshwane vehicle in flames in Mamelodi

Mahamba said that he did not want to link the protest action in Arcadia with the violence in Mamelodi.

SAPS captain Tsekiso Mofokeng told eNCA that police officers are on patrol in Mamelodi, attempting to calm the situation.