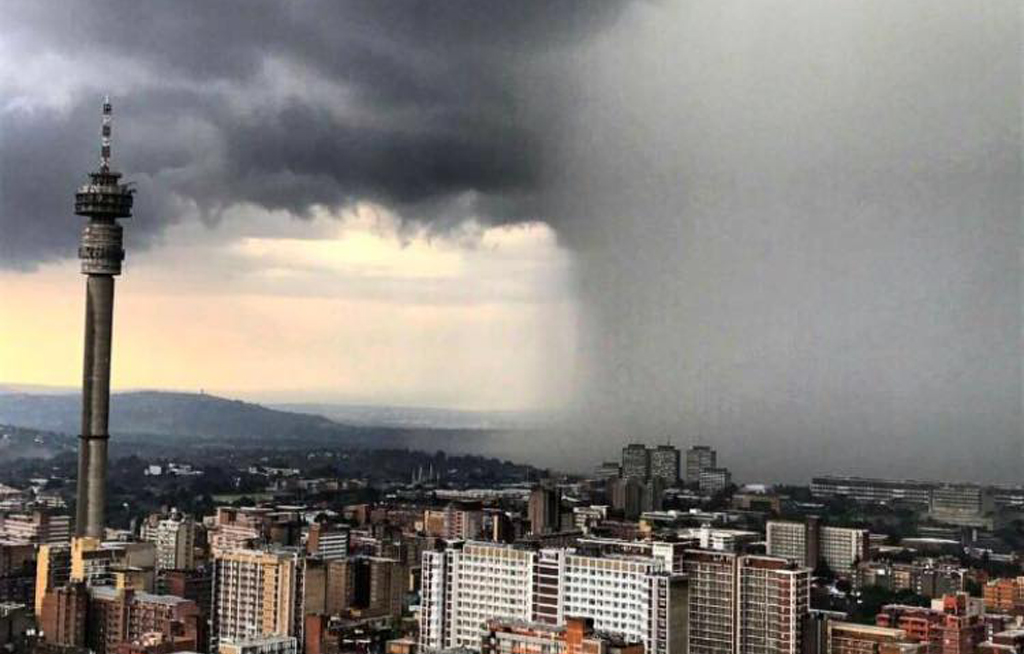 9 November 2016: A rare look at the start of a storm that wrecked havoc in parts of Johannesburg on Wednesday.

EKURHULENI – A flash flood in Linksfield, Ekurhuleni is believed to have resulted in the death of at least two people, this is according to Johannesburg Emergency Management Services spoekesperson Nana Radebe.

More than a hundred cars were pushed off the N3 highway, down an embankment, and were submerged.

20cm of water can sweep a person away

Half a metre of water can float a car

Paramedics were attending to multiple patients with minor injuries.

Emer-G-Med has urged motorists to avoid the N3 around Linksfield as the highway is closed.

#JoburgFloods Most squatter camps are in low lying areas... pic.twitter.com/jZldWaoNLr

Car swept away after FLOODING in Bedfordview | unknown pic.twitter.com/MkCl5Txgjz

Flights to OR Tambo International airport have been diverted because of the inclement weather.

BREAKING: Flights to OR Tambo diverted due to severe storms in Gauteng.