One SANDF member killed, two others injured in DRC 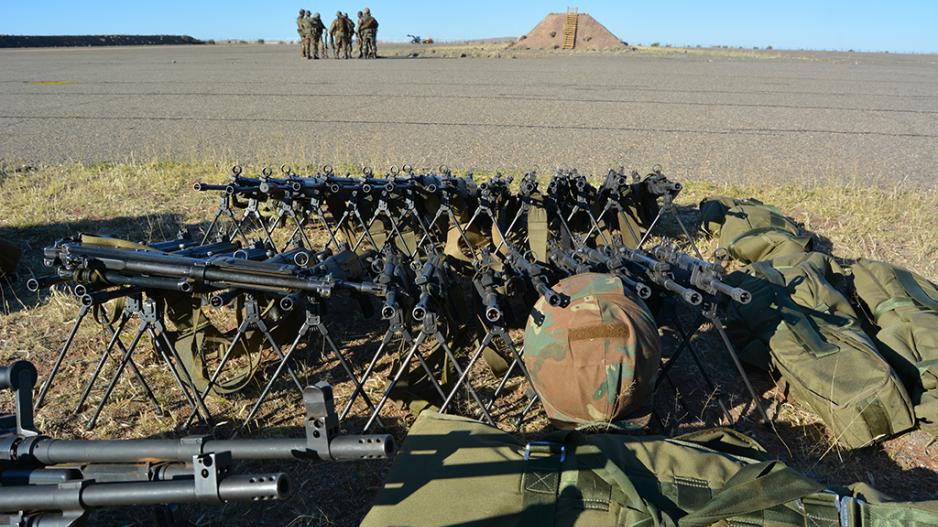 R4 Assault Rifles, is the used by SANDF soldier, who say they are ready to take on some of Africas troublemakers.

JOHANNESBURG – A member of the South African Defence Force (SANDF) died and two others were wounded on Monday morning in an attack by rebels near Butembu in the Beni region of the Eastern Democratic Republic of the Congo (DRC).

“At about 6.30 this morning, a coalition of the Mai Mai and Allied Democratic Forces rebel groups operating in the Eastern Democratic Republic of the Congo (DRC) attacked the position of the South African National Defence Force near Butembu in the Beni region of the eastern DRC,” SANDF said in a statement.

“As the attack took place the SANDF members, as part of the United Nations Stabilisation Mission in the Congo, engaged in a fire fight with the attackers and repelled the attack,” SANDF said.

According to the SANDF, four Mai Mai rebels were killed and two captured.

The SANDF member died while waiting for medical evacuation. Another suffered minor injuries and was one was in a critical condition.

“All injured SANDF members were evacuated to the level three hospital in Goma. Evacuation to a Level 4 Hospital will take place once the wounded soldiers are stable for transportation,” SANDF said.

SANDF said particulars of the deceased once next-of-kin are informed.

The Minister of Defence and Military Veterans, Nosiviwe Mapisa-Nqakula, Defence Secretary Dr Sam Gulube and SANDF chief General Solly Shoke have expressed their condolences to the relatives and comrades of the dead and wish the injured a speedy recovery.