Only Zuma can appoint ministers: ANC 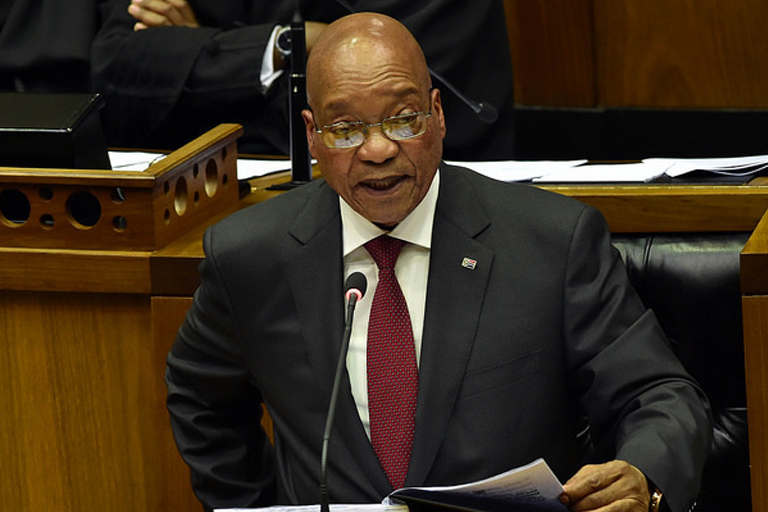 11 February 2016 - President Jacob Zuma delivers his State of the Nation Address in the joint sitting of the house in Parliament.

JOHANNESBURG – The ANC has responded to media reports alleging that the Gupta family had played a part in appointment of some of the Cabinet ministers.

“The African National Congress views these allegations in an extremely serious light as they have the potential to erode and undermine the authority of the ANC, as the governing party and the president over the state. Section 91 of the Constitution of the Republic of South Africa bestows upon the president the authority to appoint ministers, to assign them responsibilities and to dismiss them,” said ANC&39;s spokesperson, Zizi Kodwa.

Speculation is rife about the influence of the Gupta family over Cabinet appointments by President Jacob Zuma.

On Tuesday, former ANC MP and chairperson of the Public Enterprises portfolio committee, Vytjie Mentor claimed on Facebook that the Guptas offered her a ministerial position.

It is alleged that the Gupta family offered former finance minister Nhanhla Nene&39;s job to his deputy, Mcebisi Jonas.

Jonas is yet to comment on an alleged meeting with the Guptas.

“Any persons or bodies purported to be &39;offering&39; Cabinet positions to members of the ANC or any other individuals do so in their own personal capacity with absolutely no authority to effect such offers. They do not carry nor represent the mandate of the African National Congress, which has been duly elected by our people to a position of trust to deliver on their aspirations,” he said.

Kodwa said the matter will be discussed at the party upcoming meeting of the national executive committee.