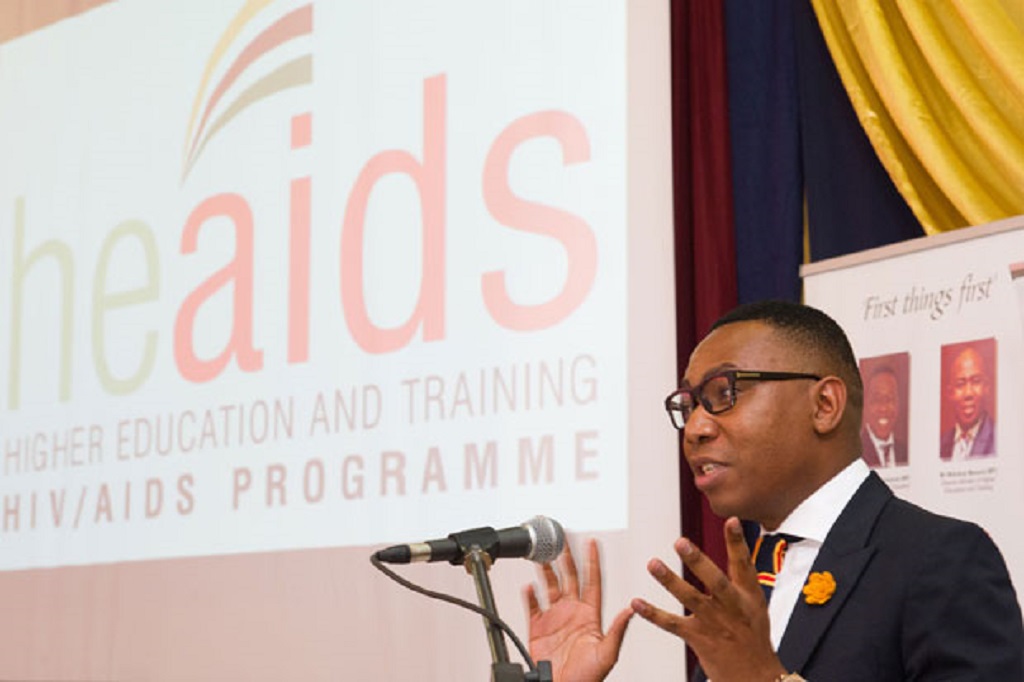 File: Deputy Minister of Higher Education Mduduzi Manana addresses the audience on the First Things First HIV Counselling and Testing campaign and the launch of flavored condoms in Soweto.

JOHANNEBSURG - The Economic Freedom Fighters have called on higher education deputy minister Mduduzi Manana to hand himself over to the police following his alleged assault of a woman at a nightclub in Johannesburg.

EFF spokesman Mbuyiseni Ndlozi said the Cubana club in Fourways should also be held responsible if women’s safety could not be guaranteed at its premises.

“Manana must also name all the men who helped him deliver the assault as it is clear he was not the only one doing the beating. If his admission of guilt is genuine, then he must hand himself over to the police with immediate effect and call out his corroborators,” Ndlozi said on Monday.

The assault reportedly continued outside in a parking lot.

One of the complainants said she reported the assault at the Douglasdale Police Station.

Photographs showing bruises on her head, neck and leg were posted on social media on Sunday night.

The DA have called for Manana to immediately apologise and resign following his alleged assault. Hlomela Bucwa, DA Member of the Portfolio Committee on Higher Education and Training, said that the alleged assault was condemned in the strongest terms.

“In our country which is plagued by unacceptably high levels of gender-based violence, this behaviour only seeks to normalise and perpetuate violence against women.

“While we welcome that a criminal case has been opened against him, this is simply not enough. Deputy Minister Manana must immediately apologise and then resign from his post. He is clearly unsuited to hold it,” said Bucwa in a statement on Monday.

Bucwa added that members of Parliament who breached the Ethics Act must also be investigated by the Public Protector.

“The DA will, therefore, report Deputy Minister Manana to the Public Protector for breaching section 2.1 (d) of the Executive Ethics Code, which states that Members of Parliament must act in all respects in a manner that is consistent with the integrity of their office or the government.

“The DA stands in solidarity with the victim and others who have been affected by gender-based violence. We will continue to work for a society where elected leaders do not feel they can attack women and get away with it,” said Bucwa.

The IFP Women’s Brigade (IFPWB), who have condemned Manana’s behaviour, say no one is above the law.

The organisation says Manana’s conduct is totally unacceptable and that he must step down with immediate effect.

The IFPWB say law enforcement agencies must ensure that justice is done without fear, favour or compromise.

“The integrity and credibility of the law enforcement agencies and the justice system are under test in terms of how they conduct themselves in this matter to restore public confidence and secure the safety of women and children,” the Women’s Brigade said in a statement.

“Women and child abuse is a patriarchal behaviour form which grinds against the grain of human rights, the constitution, democracy and normal human behaviour.

“Those, like Mduduzi Manana, entrusted with responsibilities of public office must at all times personify moral good through their actions and social conduct.

The IFPWB say regardless of the circumstances, violence is never an option.

Manana has subsequently apologised for the incident.