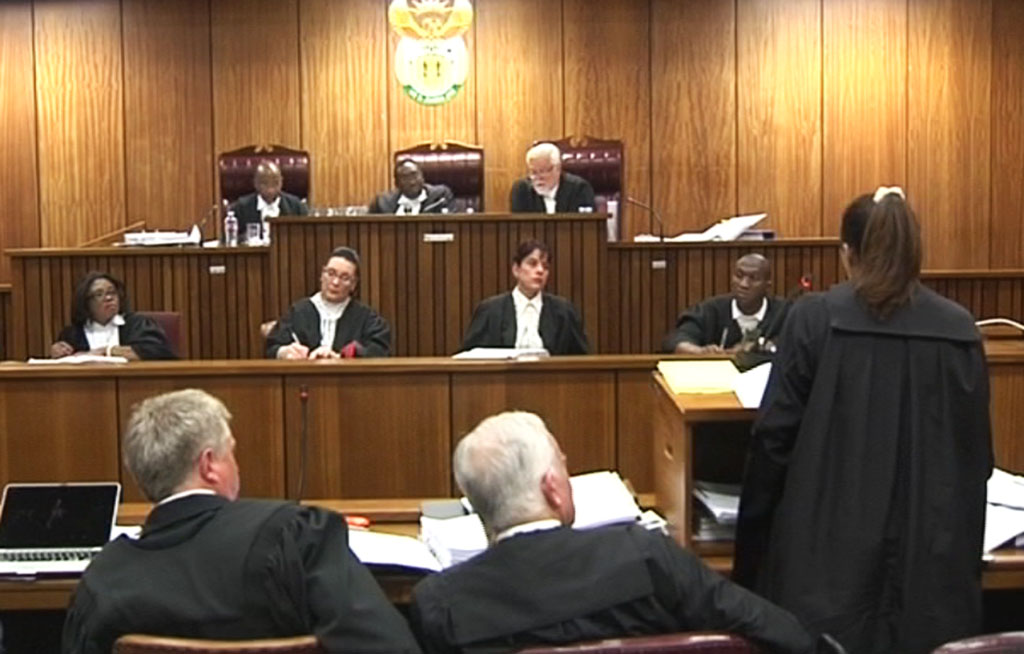 PRETORIA – Advocates for the DA, EFF, UDM and Cope have argued for the right to launch counter applications in the public protector's report on state capture on Tuesday morning in the North Gauteng High Court

They want to motivate for the release of the Public Protector's report into the alleged influence of the Gupta family over Cabinet appointments, based on the fact it’s in the public interest.

The report contains former public protector Thuli Madonsela's findings on allegations that the politically connected Gupta family wielded vast influence over executive decisions. It was the last report she finalised before leaving office in October.

The two ministers have made similar submissions, arguing the report was hastily prepared without regard for their constitutional rights. They claim they could suffer "grave harm" if the report was released in its current form.

DA counsel advocate Etienne Labuschagne told the court that the party should be able to intervene in the matter because the case is in the public interest and the DA represents many constituencies.

“We will move for the granting of the DA's intervention and those parties opposing it, (must) pay costs,” he said.

EFF legal counsel advocate Tembeka Ngcukaitobi wanted the party's application to be consolidated with those of the other parties.

EFF and opposition parties arguing that, once @PublicProtector report is finalised, it must be released. #StateCapture

Advocate Dali Mpofu, legal counsel for the UDM and Cope, opposed the second interdict application from Van Rooyen – saying that it “can’t be bulldozed into this case”.

Advocate Nicole Lewis, for Mentor, said she asserts the right to intervene because President Jacob Zuma wanted to cross-examine witnesses in the report.

Platt argued that the president has procedural rights which don’t apply to any other citizen.

The DA has argued that the interdict applications are technical manoeuvres to delay the release of the report into serious allegations of unethical and unconstitutional conduct by the president.

Chairperson of the DA federal executive, James Selfe, said the report is in the public interest.

“We believe that the report should be released. If Zuma gets one (a copy of the report), the DA and the public should also get a copy."

Selfe said the prospects for a successful outcome for the president and ministers are slim.

“The president's case is deeply compromised, it's paper-thin… he has in his affidavit perjured himself,” said Selfe.

“This has been stalled since March this year already and now they are looking to stall it even further, which is bizarre in my opinion. They should have dealt with it from the outset and told their side of the story,” said Roux.