Malema insists any Nkandla settlement must respect the public protector 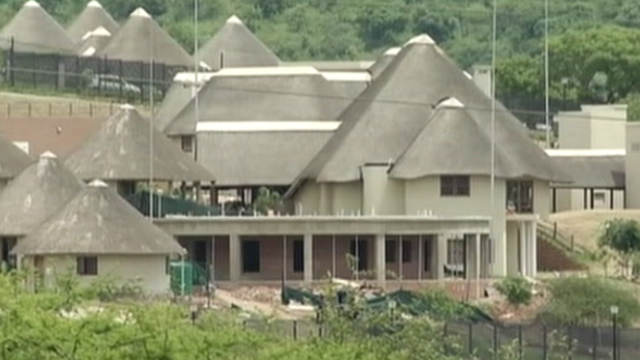 Johannesburg, 6 October 2015 - Public Protector Thuli Madonsela has been given the go-ahead to join the EFF's Constitutional Court case against the president over money spent to upgrade Nkandla.

JOHANNESBURG – Economic Freedom Fighters president Julius Malema responded to President Jacob Zuma&39;s offer to pay back some of the money spent on Nkandla by saying the recommendations of the public protector must be the president&39;s starting point.

The Democratic Alliance (DA) and EFF responded on social media to the president&39;s move on Tuesday night to settle the Nkandla matter.

The State&39;s Attorney sent a document to the EFF, DA and the Public Protector suggesting that the Auditor-General determine how much he should repay for non-security upgrade features at his private Nkandla home.

The two parties and the public protector were to take Zuma to the Constitutional Court next week over the matter.

The EFF is to respond officially to media in Parliament on Thursday.

PRESS ALERT: EFF invites members of the media to a press briefing to be addressed by CIC @Julius_S_Malema https://t.co/3E5Ozpa7fw

But in the meantime, Malema posted this:

Any settlement should reaffirm the powers of the public protector,we should all agree first that remedial actions of the PP are binding...

EFF MP Floyd Shivambu is not convinced of the president’s sincerity.

In a typical SlyzaTsotsi fashion, Mr. Zuma is now pretending like he wants to PayBackTheMoney whilst he&39;s been saying "I won&39;t pay".

The DA is to release its official response at a news briefing on Wednesday at 10 am.

Today, @MmusiMaimane will brief the media after meeting with legal counsel & diligently engaging with the President’s offer of a settlement.

The official opposition says it will welcome any settlement that is in accordance with the public protector’s recommendations.

“The DA will ensure that any settlement offer made will be just and equitable and in accordance with the Public Protector’s remedial action,” the DA said in a statement.

With the Constitutional Court case pending next week, the DA reaffirmed its belief that the highest court in the land would have ruled in their favour.

“The DA has always been optimistic that the Constitutional Court would rule on our favour and uphold the principles as set out by the Western Cape High Court and confirmed in the Supreme Court of Appeal in September last year.”

Watch the video above for a file clip of Julius Malema on PayBackTheMoney.