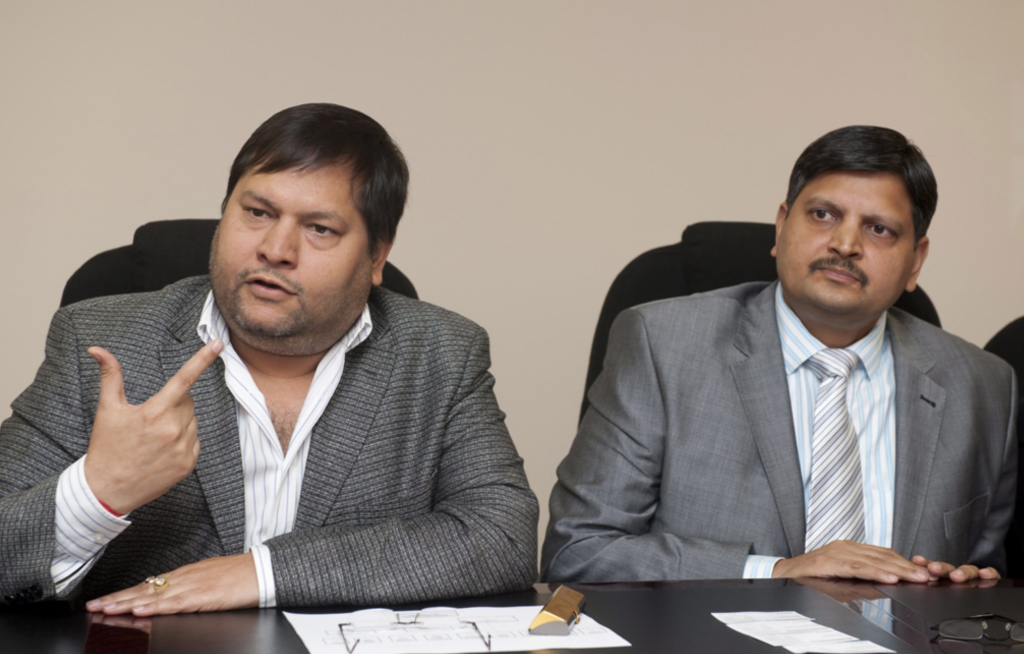 FILE. Indian businessmen, Ajay Gupta (L) and brother Atul Gupta (R) at a one on one interview with Business Day in Johannesburg on 2 March 2011 regarding their professional relationships.

JOHANNESBURG – Opposition parties have come out strongly against the establishment of an inter-ministerial committee to "engage" with the country’s major banks about their decision to cut ties with Gupta-owned Oakbay Investments.

On Thursday, Minister in the Presidency Jeff Radebe announced the move, saying cabinet feared that the banks’ decision would scare off potential investors.

The DA has labelled the decision a mistake, while the EFF says the government is meddling in the private affairs of the family.

The Gupta family have in recent months been accused of interfering in state affairs by allegedly offering ministerial positions to government officials.

The DA wants the South African Reserve Bank to handle the matter.

“This matter is best left to the South African Reserve Bank which is responsible for the regulation of the banking industry in South Africa,” said DA Shadow Minister of Finance David Maynier in a statement.

“I have already requested the Governor of the Reserve Bank of South Africa, Lesetja Kganyago, to look into this matter, including investigating whether certain banks who had business relationships with the Guptas complied with all the relevant provisions of the Financial Intelligence Centre Act (No 38 of 2001); and if the investigation determines that certain banks failed to comply, to order any appropriate remedial action or administrative sanctions.”

The EFF, who have been very vocal of the Guptas&39; business operations, say the government is being reduced to a personal fiefdom and they will write to cabinet and Parliament to officially object to the decision.

“The EFF rejects cabinet’s narrow intervention into private affairs of the Gupta family and instead calls for strengthening of laws that deal with financial crimes,” the party said in a statement.

“All banks, audit firms, and other financial institutions must play a central role in combating all forms of financial crimes.

“The financial regulation and conduct authorities must also be empowered to decisively address disputes of such nature in order to avoid government and cabinet’s abuse by conflicted individuals.”