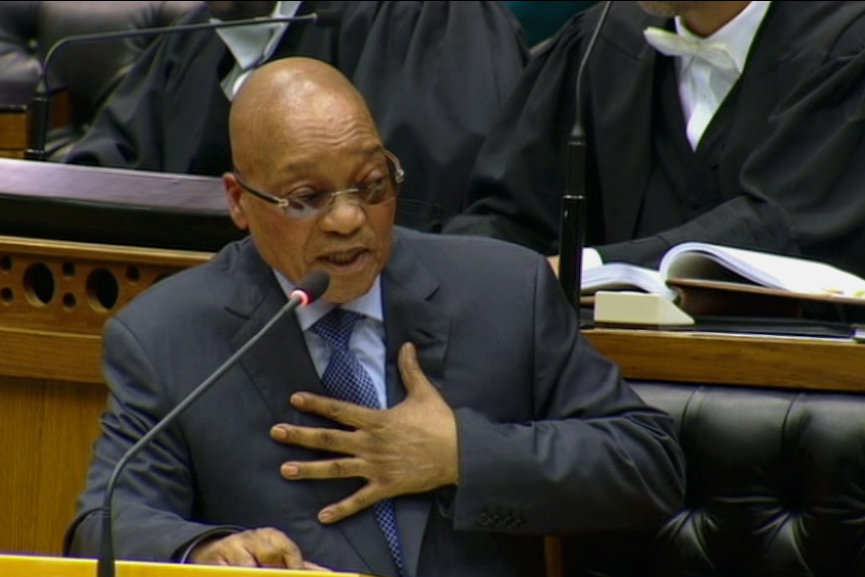 Johannesburg, 19 March 2016 - Time now for our weekly quotes that got the nation talking. We're focusing on the controversy around Presidents Zuma's friends, the Guptas.

CAPE TOWN - South African opposition parties seem set to go ahead with another attempt to impeach President Jacob Zuma after he failed to bow to pressure to resign his post, instead denying his breach of the country’s Constitution was deliberate.

“To say that he acted ‘in good faith’, and that it has all been a misunderstanding based on a ‘different approach’ insults our intelligence and belittles the sacrifices made by so many to establish our freedom,” Democratic Alliance leader Mmusi Maimane said in a statement shortly after Zuma told the nation on live television that he welcomed the Constitutional Court ruling “unreservedly”, but denied “knowingly” subverting the Constitution.

The President failed, even if he acted &39;in good faith&39;. Zuma and the ANC must be removed. pic.twitter.com/ydWYyzso0V

As a SAfrican, the Statement by Zuma & ANC insults us. This is no longer NMandela&39;s party, it&39;s departed from constitution. vote4change

Maimane said Zuma and the Constitution could not “co-exist”, and called on ANC MPs in Parliament who still valued their oath of office to support impeachment.

“Jacob Zuma is the cancer at the heart of South African politics; he is not capable of honourable conduct and cannot continue to be president of our country.”

Long-serving MP and Inkatha Freedom Party leader Mangosuthu Buthelezi said the country did not need to hear whether Zuma agreed with the Constitutional Court ruling or not. Citizens deserved more, he said.

“At the very least South Africa deserved an unreserved apology, without a lengthy explanation of why the president feels he has at no point done anything wrong. This was obfuscation of the highest order,” Buthelezi said.

Buthelezi said the ruling party’s support of Zuma’s breach and lack of guidance to its president was equally disappointing.

“This is an abdication of responsibility that is no less serious than their ill-advised decision to use their parliamentary majority to absolve the president in the National Assembly.”

The Freedom Front&39;s Pieter Mulder said in a statement Dr Pieter Mulder that it is clear that Zuma has no real comprehension of the seriousness or implications of the decision of the court.

"He does not deem it necessary to resign and tries to hide behind the excuse of the amount to be paid for Nkandla," said Mulder.

“The president’s address to the nation was a seminal opportunity to place the country’s interests ahead of his own, and he failed dismally to do so,” Ndungane said in a statement.

“He simply has no comprehension of the damage that his actions, and that of the ANC-controlled National Assembly, have had on the good name of our country, on its economy, and on the poor and marginalised.”

In his televised address responding to Thursday’s Constitutional Court judgment that he had failed his duty to protect and uphold the Constitution, Zuma said he had not deliberately set out to disrespect Public Protector Thuli Madonsela or to subvert the Constitution.

“I wish to emphasise that I never knowingly or deliberately set out to violate the Constitution which is the supreme law of the republic,” Zuma said, reading off a statement.

Zuma again denied personal culpability for the overspend on the upgrades to his home, which cost over R247-million.

“I wish to confirm, in line with the findings of both the court and the public protector that I did not act dishonestly or with any personal knowledge of the irregularities by the department of public works with regards to the Nkandla project,” he said.

“The intention was not in pursuit of corrupt ends or to use state resources to unduly benefit me and my family. Hence, I have agreed to pay for the identified items once a determination is made.”

Zuma was given 105 days to repay the fiscus for the non-security upgrades to his home, which was determined by Madonsela as, among other things, a cattle kraal, chicken run, swimming pool, visitors’ centre, and an amphitheatre.

The court tasked the National Treasury with determining the amount Zuma had to pay back.

A motion to impeach Zuma was brought to the National Assembly in September last year but failed after the ANC majority backed their president during a vote.