Orania wants its own Bitcoin 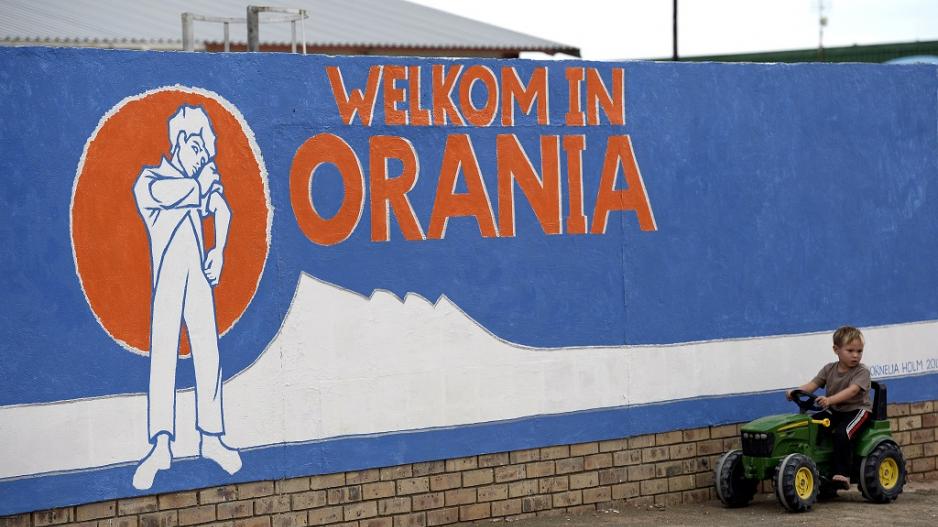 This file photo taken on April 17, 2013 shows a young South African Afrikaner boy plays by a painted wall reading "Welcome in Orania" in Afrikaans in Orania.

JOHANNESBURG - The whites-only enclave of Orania in Northern Cape is looking to take its currency digital.

The town of about 1,400 people adopted its own paper money, the ora, to promote self-sufficiency.

Orania was created by Afrikaners on private land in 1991, ahead of the dawn of democracy, and its residents are mostly white farmers or traders. The town maintains its unique racial makeup by vetting and interviewing prospective residents.

If Orania's audacious plan goes ahead as expected, the "e-ora" will enter the world of virtual currencies - although it's still a far cry from the likes of cyber-money giant Bitcoin.

Strictly speaking, the ora is not a full currency, but serves as a token or voucher.

It was introduced in 2004 to promote local spending, with users enjoying discounts when they use the local coupons.

READ: SA to get digital currency?

Although Orania does not insist on payments in ora, the town profits from every sale of its currency by holding the deposited rands in an interest-bearing account.

The ora is not officially sanctioned by the South African Reserve Bank, but residents can currently exchange South African rands for physical ora at the town's self-styled "central bank" at a rate of one-to-one.

By going electronic, Orania - where 97-percent of residents are white, compared with just one in 10 nationwide - will take its first steps into the booming world of digital cash.

The market for virtual currencies is thought to be worth billions of dollars, but critics argue they help drug and arms dealers and people traffickers.

"What we plan to do is to digitise the existing physical ora and replace it with an electronic one," said Dawie Roodt, chief economist at the Efficient Group, a financial consultancy hoping to help the town reduce the transaction costs of the paper ora.

"If you can reduce the cost of the transaction, you can boost economic activity quite substantially."

The paper vouchers will continue to circulate alongside the cyber cash, but unlike the physical "bank notes", the e-currency will have no expiry date.

"There are significant technological changes taking place in the financial space - like Bitcoin," said Roodt.

If everything goes to plan, Orania could have the electronic ora in circulation as soon as mid-August.

It is hoped that the virtual cash will reduce the costs of printing the physical notes, as well as expanding the range of goods and services using the ora - helping to grow the local economy.

"I'm a young guy, I'm used to mainly doing online banking and the advantages that come with that. So if I can go further and build my own economy with that, I definitely welcome that," Orania Movement's James Kemp, 35, told AFP.

It was the Afrikaners who formed the backbone of the National Party that introduced apartheid, and many South Africans regard Orania's residents as little more than latter-day bittereinders - a term