March against Zuma to go ahead, as planned 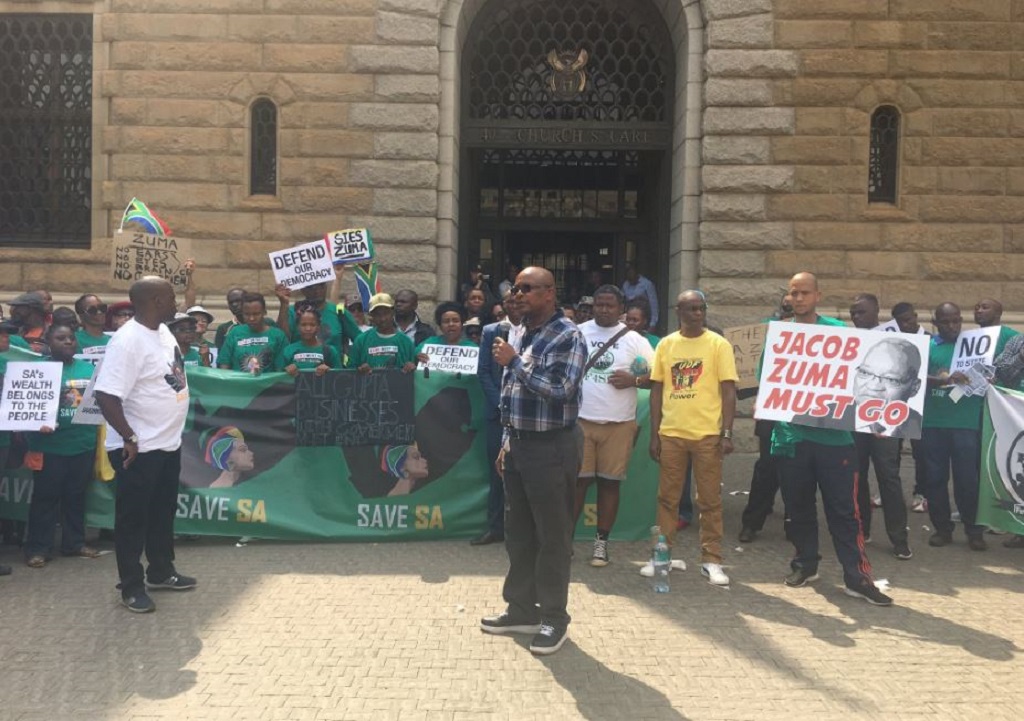 Save SA and other civil organisations to march against President Jacob Zuma on Friday.

PRETORIA – Save SA and other civil society organisations say Friday's planned protest against President Jacob Zuma will go ahead as planned, in a peaceful manner.

#SaveSA: "This movement is more than about hoping for no confidence vote to yield any results. It's about mobilization."

The march, which has been dubbed as "People's March", will start in Pretoria at Church Square at 10am and then will move at midday to the Union Buildings.

Save SA is encouraging public servants to take the day off and join the march.

#SaveSA assures the #PeoplesMarch is not an elitist march it's for everyone & not based on colour or class. pic.twitter.com/wpzSThnHbM

The organisation has also revealed that it is mobilising business, religious organisations and tertiary institutions to support the march.

The organisers war demanding the removal of Zuma as head of state.

They say his actions, triggered by the recent Cabinet reshuffle, shows that he is not fit to lead the country.

Mark Heywood from Section27 said those who are happy with the latest events in the country can stay at home, but has challenged the rest come out in their numbers on Friday.

“They must use the vote of no confidence, which will undoubtedly will be coming, to vote out a corrupt president and a corrupted Cabinet.”

READ: 'We will not stop until he steps down' - Save SA on Zuma

The Democratic Alliance will march to Mary Fitzgerald Square, which near the ANC headquarters Luthuli House, on the same day.

The briefing was attended by Save SA, Corruption Watch, Treatment Action Campaign, Outa, Section 27 and other organisations.