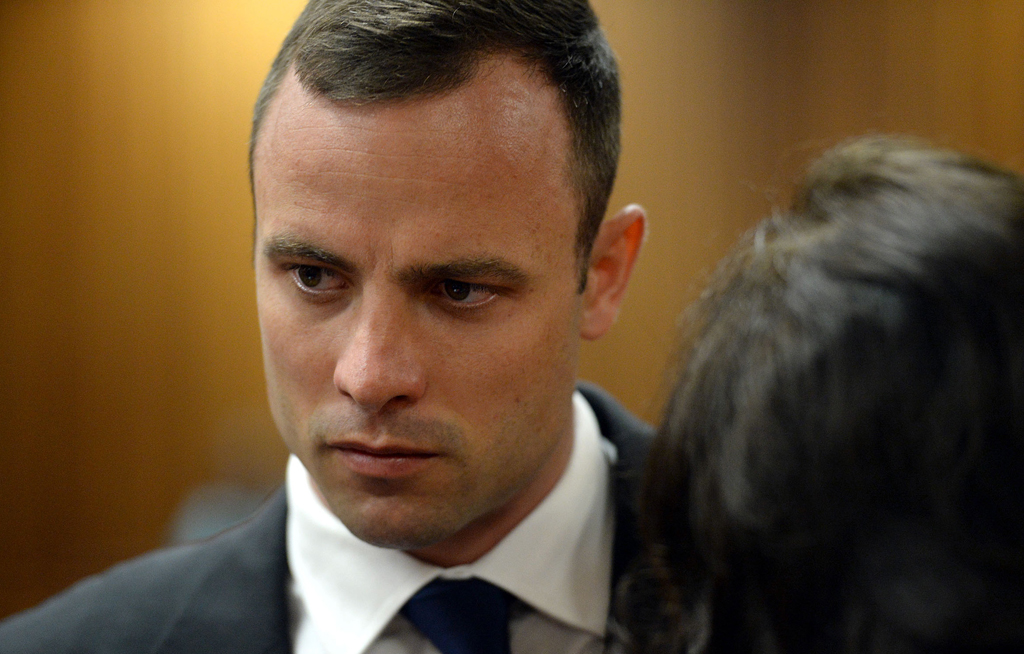 Paralympian Oscar Pistorius before the start of court proceedings of his murder trial on Monday, 24 March 2014 at the high court in Pretoria. Pistorius is accused of the murder of his girlfriend Reeva Steenkamp whom he shot through a bathroom door.

BLOEMFONTEIN - The Supreme Court of Appeal (SCA) on Thursday found Oscar Pistorius guilty of murder and not culpable homicide.

In December last year Pistorius was found guilty of killing his model girlfriend Reeva Steenkamp on Valentine’s Day in 2013.

The North Gauteng High Court will now decide on a new sentence; the paralympian could face 15 years in prison.

Judge Eric Leach read out the judgment which found that North Gauteng High Court Judge Thokozile Masipa made “serious errors of law in her ruling”.

He dismissed the argument of Pistorius’s legal counsel Barry Roux that the State&39;s appeal was based on facts and not on law.

“The failure to include the evidence is of particular importance,” said Leach.

“It&39;s clear from reconstruction and photographs, the path each bullet took would have struck the person standing behind hit. There would have been nowhere for the deceased to hide,” he said.

Pistorius must have forseen the potential consequences of his actions, said the judge.

Leach: one really doesn&39;t know what OscarPistorius explanation is for shooting @eNCA

Legal experts said this case will have far-reaching implications for principals of law in the future.

Defence lawyer, Ulrich Roux, said the judgment will provide the legal fraternity the “clarity every one seeks on the dolus eventualis principle and what that actually means."

Leach concluded his judgment by saying that Masipa conducted the trial with a “degree of patience that is a credit to the courts of this country.”

“The fact that the State&39;s appeal is successful is not a slight against the judge,” he said.