Oscar has to pay for what he did, says Reeva's dad 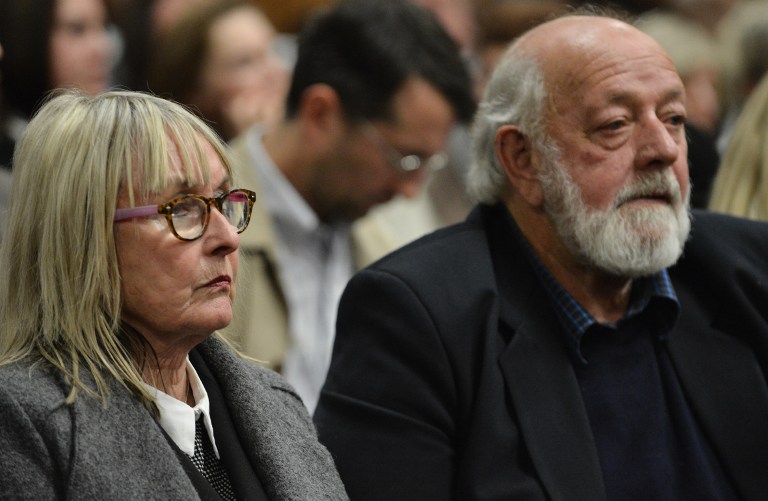 He became very emotional, describing how her death changed their lives.

Shaking and desperately clutching his hands, he says he&39;s never been able to overcome his daughter&39;s death.

"I feel the Oscar has to pay for what he did.

"He has to pay for it," said a tearful Steenkamp.

Steenkamp was visibly upset while testifying about his daughter.

"I think about Reeva every day. Every day of my life, morning, noon at night," he said.

Steenkamp said that he talks to Reeva every day and knows that she is with him all the time.

"I talk to her every day. Little things that come up remind me of her," he said.

"People say it takes you two, three years and you start feeling better. But every day of my life is the same," said Reeva&39;s grieving father.

Steenkamp said he&39;s life had changed completely since Reeva&39;s death and that he has become withdrawn.

State prosecutor Gerrie Nel asked Steenkamp to explain to the court what had happened on 14 February 2013.

"I was at work when I got a call from June. I couldn&39;t really understand what she was upset about because she was screaming and shouting.

"I realised on my way home that she had mentioned Reeva. That&39;s when I started to panic.

"I realised Reeva had been killed. It hit me."

Nel asked Steenkamp what he thought had happened on that fateful night.

"I personally think there was an argument. What she must have gone through in those final seconds.

"She must have been in so much fear and pain. That is what I think of all the time. I visualise it."