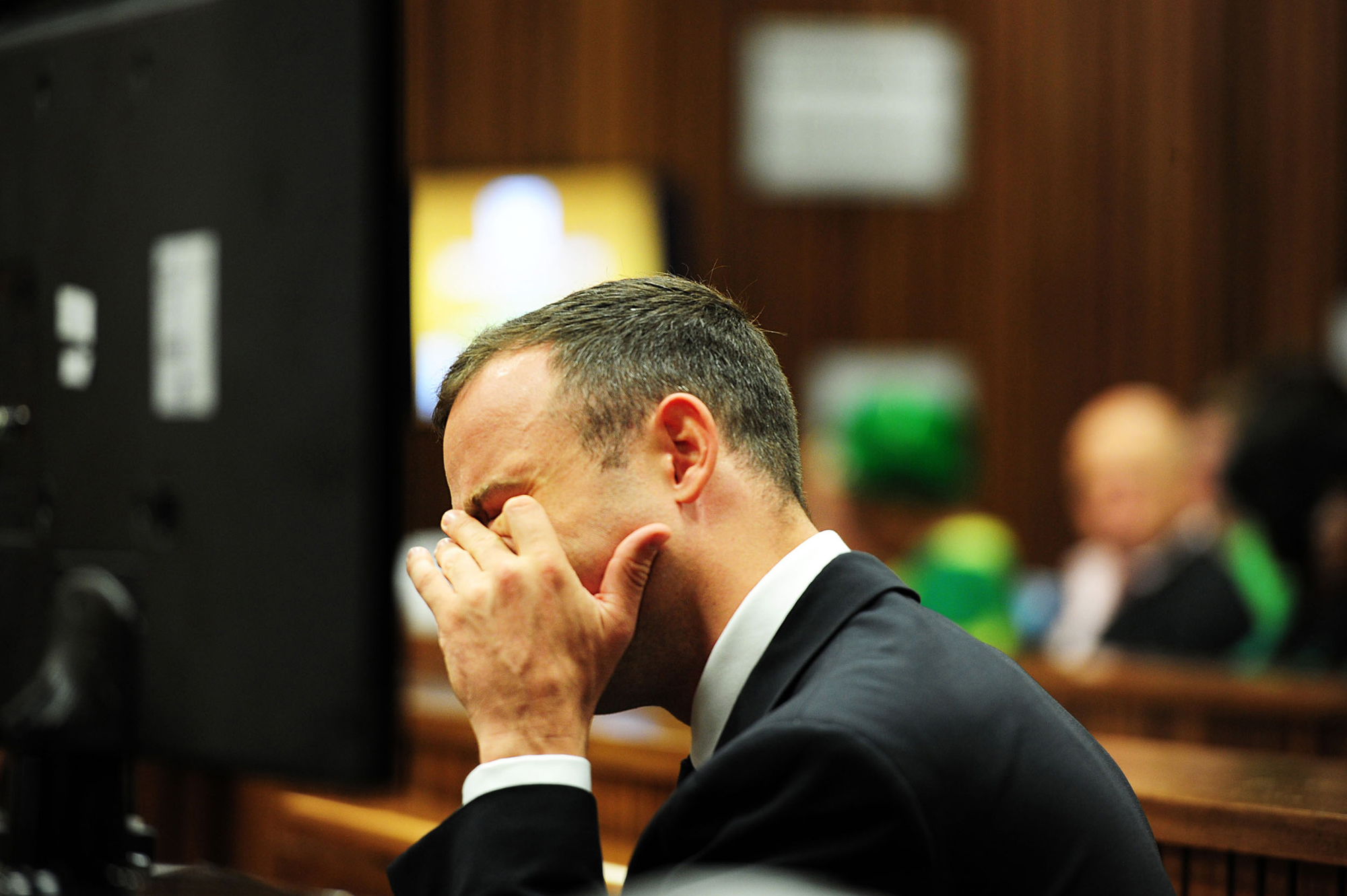 PRETORIA - Reeva Steenkamp was sitting close to the toilet when gun shots hit her, resulting in her head wound bleeding out into the toilet bowl and damaged arteries in her right arm draining out onto the floor next to the toilet base.

This was the evidence of blood spatter expert, Colonel Ian van der Nest, as he testified regarding his findings on the blood stains, smears and splatters on the Oscar Pistorius shooting scene.

Pistorius has claimed he shot dead his model girlfriend Reeva Steenkamp while she was in the toilet, having mistaken her for an intruder. He is currently standing trial for her murder in the North Gauteng High Court.

Van der Nest said he believed many of the blood spatters on the scene could have been caused by arterial spurts from two of Steenkamp’s wounds – one to the head and the other to her right arm.

He believed she sustained the head wound close to the toilet. One source of heavy blood flow was over the toilet seat into the bowl and another onto the floor next to the toilet.

The one onto the seat he believed to have been blood flowing through Steenkamp’s long hair into the toilet from her head wound and the other blood source being from her arm wound.

Van der Nest said he had inspected the whole toilet area and had found no evidence of blood staining or arterial spurts any higher up than toilet level.

He found no foot prints or marks from a bloody sole onto a clean floor.

Van der Nest said he found no evidence that any bleeding had been the result of a blunt force.

Van der Nest said the wound to the arm and the damage seen on Steenkamp’s black vest were evident that she had been raising her arm in a defensive position when she was shot close to her elbow through her arm.

A defect in the elastic band of Steenkamp’s shorts and her hip wound showed that her clothes were in “a normal wearing position” when she was shot.

Lifted and dragged a little

Van der Nest said he believed Steenkamp had been lifted into an upright position, dragged a little and then picked up and carried down the stairs and placed in the position in which she was found.

Defence Advocate Barry Roux began his cross examination by asking Van der Nest to confirm his findings that Steenkamp had been sitting in a low position close to the toilet when she was shot.

He asked if Van der Nest confirmed his report which stated that Pistorius had shot Steenkamp behind the toilet door.

Van der Nest confirmed this and Roux concluded his cross examination and Van der Nest was excused from the stand.

The next expert called was Colonel Mike Sales, the state’s technology expert.

Sales said he had been asked to look at an iPad found on the scene of shooting. It had been given to him by investigator Hilton Botha.

Sales said on February 18 he had downloaded the information contained on the iPad using an XLY forensic tool.

He focused on the web history and bookmarks and printed this out along with general information relating to the device.

Looking at the web history, Sales explained this would be a list of all websites accessed.

The iPad had been used at 6.29pm for the first time on February 13. The listed bookmarks, or favourite sites Pistorius would have visited were there.

All other data had been deleted by “the owner of the device”.

The last time a webpage was accessed on the iPad was at 9.19pm on February 13.

Sales said he had looked at the website and could see what had been browsed.

All information downloaded had been handed to the defence along with the device.

Sales said he had also been given an iPad 2. He had downloaded all the information and had given it to the defence.

There had been many commonalities between the web history and sites accessed on both devices.

Roux’s cross examination involved only one question as he asked Sales if he could tell who specifically accessed the websites on the iPad.

Sales said he could not.

Nel asked if it was possible for court to adjourn until Monday morning to allow the state time to consult with witnesses ahead of the long weekend.

Roux said he would not object on the sole basis that the state would conclude its case by early next week.

Judge Thokozile Masipa adjourned the case until Monday at 9.30am.