Oscar Trial: watch how gun went off at Tashas 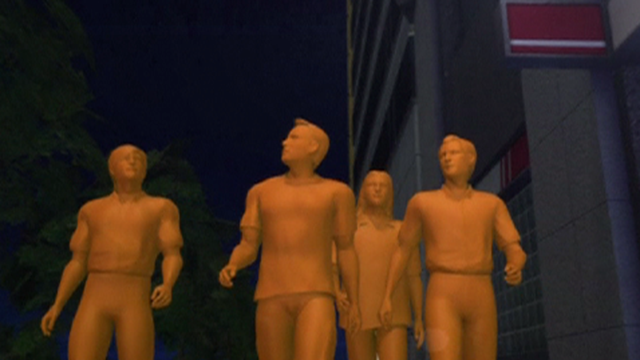 Lerena, who claimed to be a friend of Pistorius, earlier testified that he had been with friends Darren Fresco and Martin Rooney at Tasha’s in Melrose Arch when an accidental gun shot went off.

Lerena told how the four were seated at two adjoining tables socialising over drinks and food when Fresco said “I’m one up” and handed his gun to Pistorius under the table shortly before the gun fired.

Lerena testified that Pistorius had asked Fresco to take the blame for the shooting.

Roux said Pistorius would testify that he had been extremely angry about being handed a loaded gun and was concerned that nobody was hurt.

Lerena said he was aware only of Pistorius not wanting to be blamed for the shooting and Fresco having taken the fall by claiming the gun had caught on his pants. He added that he had no knowledge of Pistorius being angry.

Lerena was released from the witness stand and Jason Loupis, the owner of Tasha’s restaurant was called to testify.

Led by State Prosecutor Gerrie Nel, he told how a shot had gone off in his restaurant in January 2013. He approached the table and asked “Guys what happened here?”

He said Fresco told him the gun had fallen out of his tracksuit pants, prompting him to respond that the incident was “not a joke” because someone could have been hurt.

An agitated Loupis said he went outside and told his wife “Can you believe that was a gun?”

Shortly after the incident the group apologised and left.

Roux began his cross-examination by stating that Pistorius would claim that he had apologised along with the others in the group and offered to pay the damages.

“You can’t say it didn’t happen, just that you can’t remember?” Roux questioned, prompting Loupis to respond: “That is so”.

Loupis was released after Roux and Nel indicated they were finished with their questioning and the sixth witness was called to the stand.

Maria Loupis testified that Loupis was her husband, and she had been present at Tasha’s on the day of the shooting incident. She had been standing in the outside area when she was told there had been a shooting.

She approached the table, explaining that she knew three of the four men present: “Darren, Kevin and Oscar”.

She asked them what had happened and Fresco had told her his gun had caught on his tracksuit pants and gone off. She asked him if he knew the first rule of gun safety and he replied that he did, prompting her to “hit him on the head”.

She responded that she had only seen him pay for the lunch with a credit card. After a question from Nel, she said she remembered a child had been sitting near the table.

Nel then asked that court proceedings adjourn for the day. The case will continue on Thursday at 9.30am when Charl Johnson will be recalled to the stand to testify on notes he had taken regarding the shooting incident on Valentine’s Day last year.