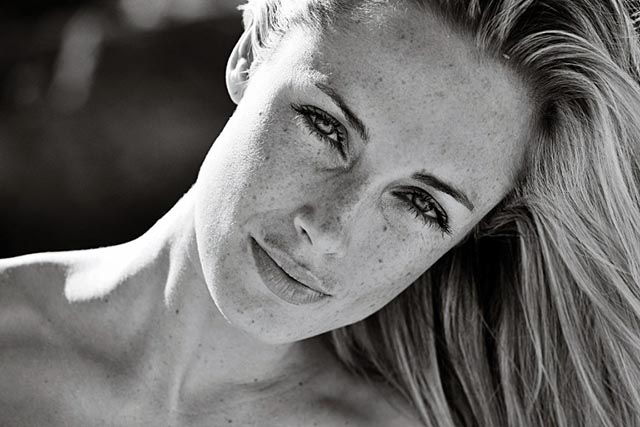 It will be the State’s case that Steenkamp was shot dead at 3.17am on Valentine’s Day last year.

Dr Johan Stipp, a resident of the estate where the shooting took place, gave evidence in the morning as to how he and his wife had been woken during the early hours that day.

Convinced that a family tragedy of some kind had taken place, and keen to ensure the safety of his own family, Stipp had ventured out of his home to check with security and ended up being the first doctor on the scene to attend to the mortally wounded Steenkamp.

“I would like to clarify one of the statements you made. It’s not a trick question. We know at 3.17am you called 10111. Why that is significant, let me explain,” Roux said, explaining that Stipp had claimed to have heard three bangs and then again, while on the phone, heard more bangs.

Stipp said he accepted this.

Roux said he had been at pains to point out that previous witnesses Michelle Burger and Charl Johnson had been woken by gunshots, heard screaming and then heard sounds that were like gunshots but were actually the smashes of a cricket bat.

Stipp said he was under the impression that the gun shots he had heard were the same shots heard by the couple. Pressing on, Roux asked Stipp to confirm that the second set of bangs he had heard had sounded exactly like gunshots but were actually the cricket bat.

Stipp agreed that the two sets of sounds had sounded similar. He said he had heard the first volley of shots and had immediately gone outside onto the balcony to see what was going on.

“I heard three shots, as she (his wife) asked ‘What was that?’. We’re talking about seconds here – and I didn’t stop in my motion, we were talking while I was walking,” Stipp said, as Roux insisted that several moments had passed before he stepped outside to see the bathroom lights of Pistorius’s home burning.

Stipp said he did not believe this to be the case; he had moved quickly and although he had not looked at his watch, he had wasted no time between the moment he heard the shots and walking outside.

Roux acknowledged that Stipp had observed the “mortal wounding of a person”. He had three medical experts who had agreed that after the injuries sustained, she would have been incapable of screaming.

Stipp agreed with this.

The screams Roux had heard after the gunshots could not possibly have been the screams of the deceased, Roux said.

This caused Nel to interject, claiming that Roux was working on Pistorius’s version of events. Roux moved to clarify that evidence would show that shots were fired through the toilet door, as splinters from the door had entered parts of Steenkamp’s body. This meant that the gunshots happened first and then the cricket bat was used to beat down the door.

Roux put it to Stipp that he had heard both the screams of a man and a woman. He agreed with this. Roux then stated that decibel tests done on Pistorius’s voice showed his voice could be the same as a woman.

Stipp argued that he had heard the voices of two people intermingled.

Roux: “But do you accept as a medical person that there was fatal wounding?”

Stipp: “That is correct”

This would mean that the deceased could not have been screaming and there was no other female present, Roux said. This prompted Nel to jump in and point out that the defence was stating certain events as facts when they had not been proven.

Nel: “It’s the State’s case that it was the deceased who screamed. How we will argue will become clear… If counsel will say I am wrong that will come out as wrong. But if counsel states as a fact that the deceased didn’t scream I say they are wrong.”

Roux argued that the witness was in agreement with him.

Nel interjected that the State’s case was that the shots fired at 3.17am were the shots that caused the Steenkamp’s death and the screams heard before the shots were those of Steenkamp. It was agreed that the wounds she sustained would have stopped her screaming any further.

Roux stated it was common cause that the accused fired four shots, and it was therefore not possible for there to have been two volleys of shots.

Nel stepped in to explain that there appeared to have been two sets of noises which the witness believes were shots.

“We say the deceased was alive and screaming. At 3.17 the four gunshots killed her. We will deal with things if we have discrepancies between our witnesses. But for now we say there was one set of shots and object to Mr Roux saying that she could not have screamed before 3.17am,” Nel said.

Roux then asked to continue his questioning on Pistorius’s version of events. He explained that Stipp had been woken by shots, and if there was screaming that sounded like a woman’s voice and a man’s voice this needed an explanation, which would be that all the voices heard were those of the accused.

Stipp said he still believed he had clearly heard the voices of two people.

Roux then questioned Stipp on Pistorius’s state of mind when he later encountered him next to Steenkamp’s body. Stipp said he had been extremely distraught, crying and pleading with God. He appeared to be actively trying to assist her, and genuinely not wanting her to die. Tears were running down his face. He seemed sincere in his grief.

Roux then moved on to photographs of the bathroom window at Pistorius’s house – indicating that it was frosted and partly obscured. Stipp said he had had a better view from his house that had enabled him to see that the light was on and he had clearly seen the movement of a person.

Stipp said he had seen that Pistorius’s bathroom light had been on, as were the lights of several neighbours. Stipp said he could not give an exact time when he saw the lights on, only an exact reference and this was when he heard the initial screams of a woman. It had appeared to him that only the bathroom lights were on, and the toilet light was off.

Stipp said he had seen a person moving from the right to the left in Pistorius’s bathroom, and that it was a person who was “light in colour”.

Court was adjourned at 3pm and will resume at 9.30am on Friday.