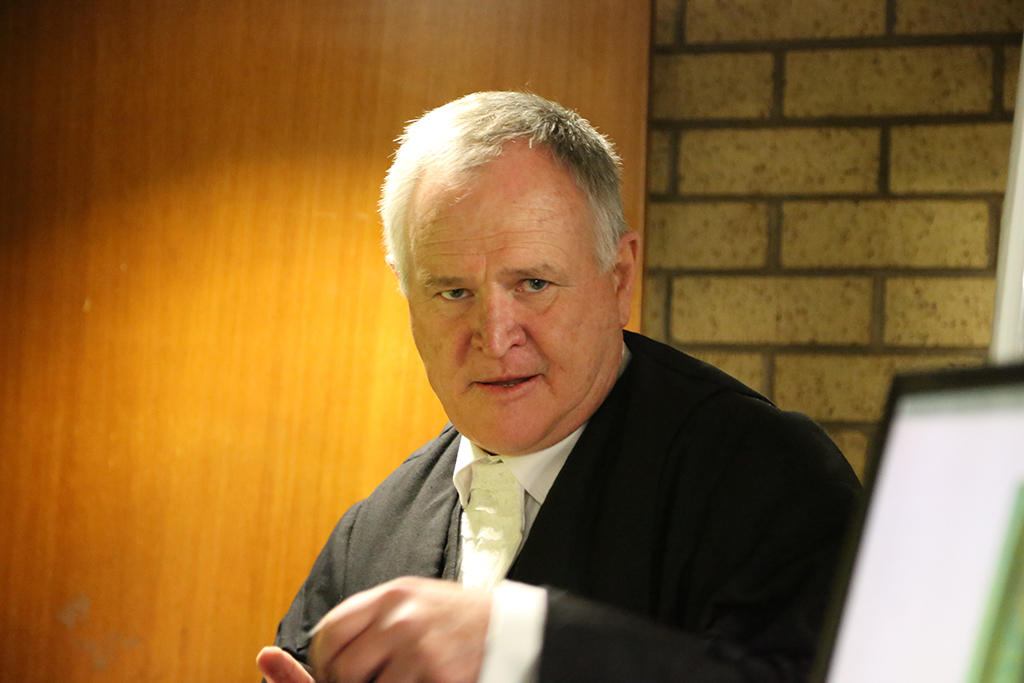 PRETORIA – If Oscar Pistorius received a prison sentence he would, as a vulnerable disabled inmate, be incarcerated in a single cell where he would have access to all the medical and psychological treatment he needs.

This was revealed in court by the acting National Commissioner for Correctional Services, Zach Modise.

Modise, who on Wednesday appeared before Parliament to report on prison issues and answer questions, was called as the second state witness called by  prosecutor Gerrie Nel to testify in aggravation of sentence.

Asked what he had told Parliament in response to direct questions on Pistorius, Modise responded: “I said to Parliament that the Department of Correctional Services is ready to admit and detain people with disablilities.”

Modise has 35 years of experience in the department and has been extensively involved in combatting corruption and promoting the humane treatment of offenders.

Modise said his department had been deeply concerned by the evidence of probation officer Annette Vergeer who spoke about severe overcrowding, gang activity, rape and sodomy, HIV infections and inadequate facilities for disabled inmates. As a result he had undertaken to return to Pretoria in order to testify himself.

Modise handed in a document relating to the handling of disabled prisoners.  He said disabled inmates would undergo a health assessment to determine their immediate accommodation and detention needs within six hours of admission.

He said gangsterism was being addressed in co-operation with National Intelligence and the SAPS. It was known in some prisons and non-existent in others. As a result, prisoners at risk of gang attacks at a particular prison would be put in a single cell.

He said Correctional Services admitted 128 disabled inmates a year. They would be held in a single cell with a cupboard, a bed with mattress, sheet, blanket and pillow. In the bathrooms there were hand rails, with both showers and baths available.

Modise said the prison population had been reduced from 185,000 offenders to 137,000, and work was being done to further speed up cases of awaiting trial prisoners.

Defence Advocate Barry Roux, in cross-examining Modise, pointed out that the 26s gang was operating in the Kgosi Mampuru Prison where Pistorius would be held. The gang’s leader was Khalil Subjee, a man known as The General. He was known to have stabbed Clive Derby-Lewis and Janusz Walus, the men jailed for killing Chris Hani.

Modise said he had heard of Subjee.

Roux referred to newspaper articles in which it had been reported that Subjee had already threatened Pistorius. Modise said he was not aware of this.

In the articles Subjee was quoted as saying “Anyone who thinks they can come here and live like a king will have a hit on their head”.

Roux quoted a prison policy paper in which it was stated that the courts should consider non-custodial sentences for disabled offenders.

Roux said warders from the Kgosi Mampuru Prison had reported to him that there were no baths in the general prison section, that doors off the showers had been broken off.

Modise said there were bat wing doors on the showers, that he lived on the property of the prison and to hisknowledge this was the case.