WATCH: De Klerk - The Other Man 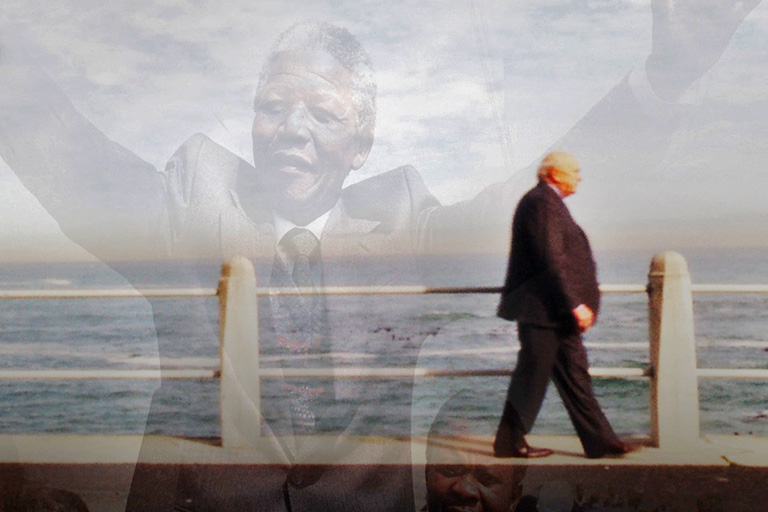 Johannesburg - On Thursday 30 July, eNCA will be showcasing the international documentary The Other Man - FW de Klerk and The end of Apartheid.

EDITOR&39;S NOTE: Please be advised that eNCA.com only has rights to broadcast this documentary in Africa.

JOHANNESBURG - eNCA brings you the international documentary The Other Man - FW de Klerk and The end of Apartheid.

The feature-length film was produced, directed and written by Nicolas Rossier and co-produced with Naashon Zalk and tells the story of FW de Klerk. De Klerk was South Africa’s last Apartheid president and is the man who unbanned the ANC and released Nelson Mandela.

The Other Man is a documentary that offers fascinating insights into why a man who came from a conservative Afrikaner background, took such a bold step.

This documentary also probes the relationship between De Klerk and Mandela. Bound together by history, they received a joint Nobel Peace Prize, but their relationship was anything but harmonious.

At first cordial, tensions emerged between the two when attacks on black South Africans continued even after De Klerk had unbanned the ANC and promised a new vision for the country.

Many in South Africa have mixed feelings about De Klerk. He freed Nelson Mandela, apologized for Apartheid to the Truth and Reconciliation Commission, but continues to maintain that he knew nothing of undercover death squads that murdered so many activists. Killings that occurred while he served on the Cabinet and when he was State President.

To this day, De Klerk has staunch supporters and detractors. Some of his once fiercest opponents in the ANC acknowledge that De Klerk played a paramount role in avoiding what could potentially have been a devastating civil war. Others have been more skeptical.

“To me, De Klerk is the consummate documentary subject: a complicated and misunderstood figure. He is often mentioned by historians as one of the most transformational leaders of our last century, alongside Mikhail Gorbachev. Yet many see him as merely a pragmatist and opportunistic statesman who assured himself a soft landing. I believe the reality is more complicated.”

Rossier speaks to De Klerk as well as a host of others to better understand the man, among them former SA President Thabo Mbeki, author William Gumede, former activist and constitutional court judge Albie Sachs, journalists Max du Preez and Allister Sparks, former US Assistant Secretary of State for African Affairs Chester Crocker and Yasmin Sooka who served on the TRC.

Reviews for The Other Man:

“Fascinating…tracks his prickly, protean relationship with Nelson Mandela in abolishing almost a half-century of official oppression. Even Keeled...Engaging...The stakes were so high and the statesmanship so delicate.”
- Jeanette Catsoulis, The New York Times

“Extraordinary…powerful…fascinates. His teaming with Mandela unleashed a wave of right-wing violence.”
-Ernest Hardy, The Village Voice

“A solid historical primer…Rossier strikes a delicate but credible balance between the former leader&39;s unambiguous statements that he didn&39;t know anything about assassinations and critics&39; insistence that, even if he didn&39;t specifically give orders, he was politically and morally responsible.”
-John Defore, The Hollywood Reporter

For more information on The Other Man click here.

The Other Man can be watched in three parts on this article page and will air on eNCA Channel 403 at the following times: