More than 100 people arrested in raids on Joburg hijacked buildings 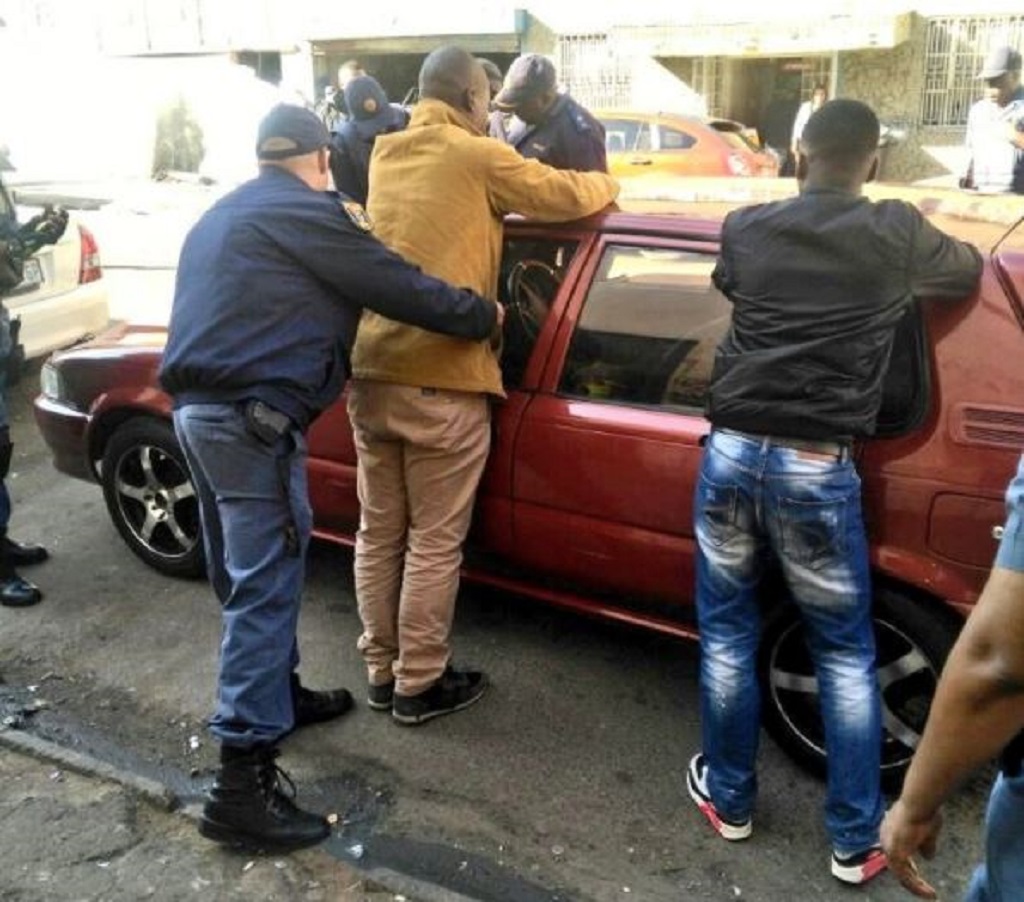 JOHANNESBURG – A total of 102 people were arrested on Friday night after authorities raided hijacked buildings in downtown Johannesburg.

The City of Johannesburg said it conducted a crime-prevention operation in several hijacked properties along Davies Street in Doornfontein.

“I am also pleased to announce that one alleged property hijacker was arrested during the operation. Another property hijacker fled the scene, but we will pursue the matter together with the South African Police Services,” Johannesburg Mayor Herman Mashaba said.

“Hijacked buildings are a major challenge in our inner city, with our people living in deplorable conditions and being abused by slumlords.

“I am pleased by the police ministry’s acknowledgment of the serious challenge posed by hijacked buildings in the inner city and their clear commitment to work together with the city to tackle this problem.”

READ: 23 arrested in raid on hijacked buildings in Joburg CBD

A total of 98 illegal foreigners were arrested as part of the operation and detained at the Jeppestown Police Station.

“Immigration officers from the Department of Home Affairs will now process those who were detained,” Mashaba said.

The restaurant owner tries to understand why his restaurant is getting raided. #BuildingNewJozi ^LM pic.twitter.com/bNIQgexgEp

The city said that two people were also arrested for the illegal possession of drugs.

Dangerous weapons, including seven knives, were confiscated during the operation.

Another person was nabbed for possession of a fraudulent City of Johannesburg Certificate of Acceptability, purported to have been issued by the city's Environmental Health Department.

One shop owner was also served with a R20,000 fine by the SAPS for employing undocumented persons.

“Several shops along Rocky Street were inspected and it was discovered that some of the shops were selling expired goods,” Mashaba said.

“That has resulted in fines for second-hand goods, and other environmental health contraventions were issued.”

Mashaba said if he was to turn around the decay of the inner city, it was vital that the rule of law was respected.

“I see the revitalisation of the inner city as key to ensuring economic growth and job creation in Joburg,” he said.

“I want to see rundown buildings turned into quality low-cost housing for our residents and affordable rental spaces for small businesses.

“We are committed to ensuring that we stop the rot in our inner city and make it a prosperous and inclusive place for our people to live work and play.

“I would like to thank all the role players involved in last night’s successful operation, especially the SAPS and Home Affairs for their continued support.”

A fire at the hijacked Cape York building in the CBD earlier this month killed seven people and left hundreds displaced.