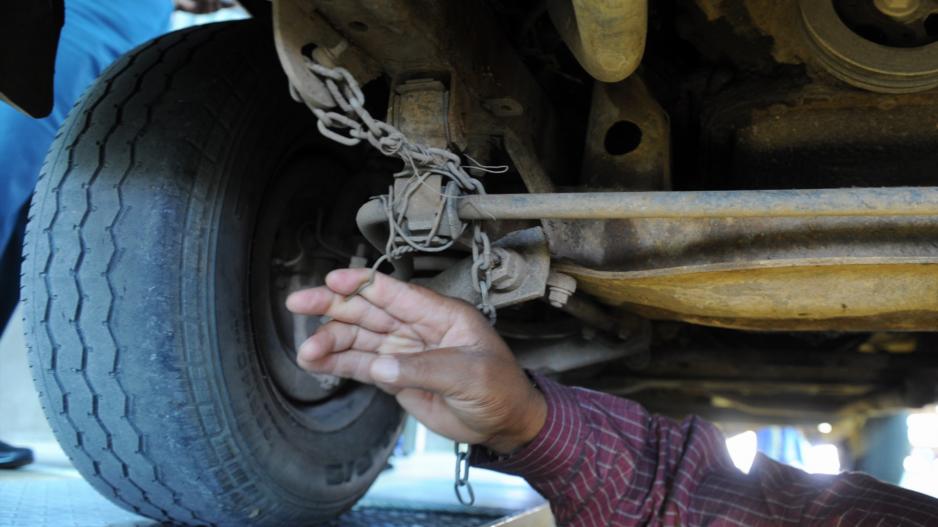 File: Free vehicle testing of all public transport vehicles and trucks with a gross vehicle mass of 3,500kg and above will be conducted at any of the Ekurhuleni testing centres.

JOHANNESBURG – Thousands of vehicles have been taken off the roads for being unroadworthy, the Road Traffic Management Corporation (RTMC) said on Thursday.

“The number of motor vehicles discontinued and impounded since the start of the festive period, from December 1, stands at 5,349. Vehicles were discontinued or suspended for being unroadworthy and they may not be operated on public roads until all the identified defects have been fixed,” said the RTMC.

The act of “discontinuing” a motor vehicle involves the removal and destruction of its licence disc and issuing of a notice directing that the motor vehicle not be operated on a public road, the organisation said.

At least 871 of the vehicles were impounded during the Christmas weekend.

They tried to sneak out with overloaded vehicles. Vehicles impounded. pic.twitter.com/Ya7cQM45aw

“Motorists are advised to avoid this inconvenience by ensuring that their vehicles are in a roadworthy state before embarking on a journey at the end of the holidays.

“Tyres, windscreen wipers, brakes and the steering column must in be in a proper and functioning condition. Windscreens must be free of major cracks and the car should not emit excessive smoke,” the statement added.