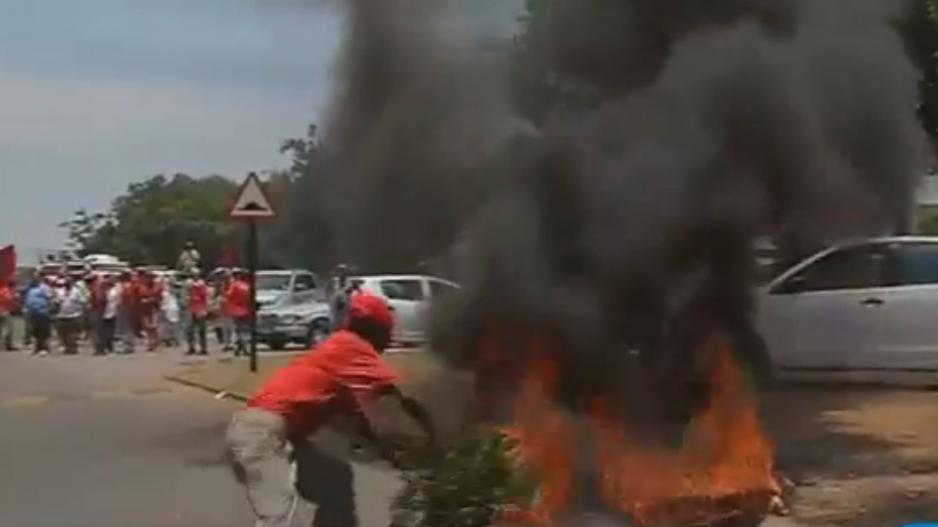 Violence has broken out outside Horskool Overvaal in Vereeniging following protests by parents and political parties.

VEREENIGING - Clashes continued for a second day at Horskool Overvaal in Vereeniging on Thursday.

Protesters have allegedly tried to petrol-bomb a police vehicle near the school.

A number of protesters have been arrested.

After the arrests, protestors dispersed for the day.

Tensions erupted after a court on Monday ruled that the Afrikaans school didn&39;t have to accept 55 English speaking pupils.

HorskoolOvervaal Demonstrators have set debris alight in a road adjacent to the school&39;s hockey field. Protests continue with members in smaller groups now next to the fence. pic.twitter.com/iTLV0FSQqp

The Overvaal Transformation Committee says all they want is for their children to go to a school of their choice.

The South African Democratic Teachers Union (Sadtu) said in a statement on Thursday that it condemned racism at the school, saying the protests at the school were justified.

According to Sadtu, it will mount a campaign, together with progressive structures, to transform the school.