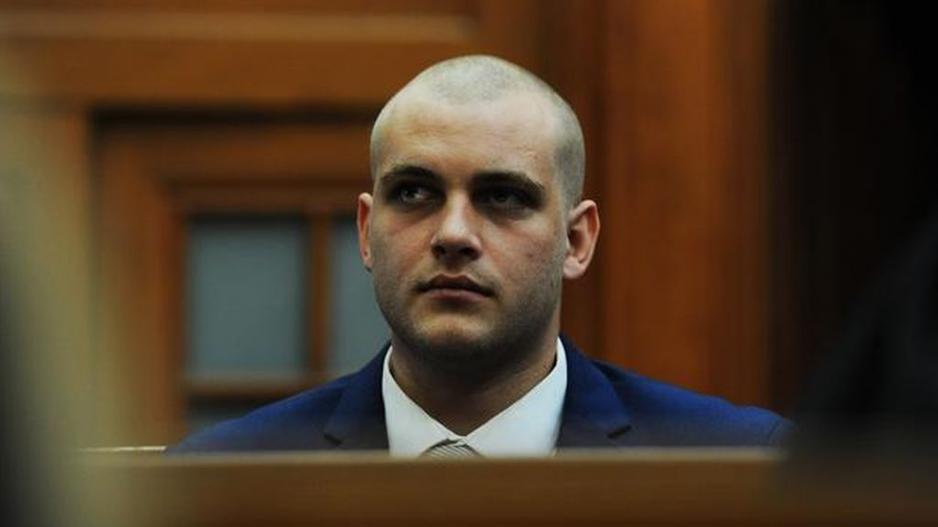 In June, Judge Desai handed Henri van Breda three life sentences for the murder of his parents and older brother.

CAPE TOWN - The circumstantial evidence against triple murder accused Henri Van Breda is "so overwhelming" that the only conclusion to be drawn is that he is guilty of the charges against him, senior prosecutor Susan Galloway told the Western Cape High Court on Monday.

At the start of the mammoth trial the 23-year-old Van Breda pleaded not guilty to three charges of murder, one of attempted murder and one of obstructing the ends of justice. He is accused of killing his parents and brother with an axe.

Sporting a freshly shaved head and deep-set rings under his eyes, Van Breda looked exhausted on Monday as he listened to the state&39;s final arguments.

Galloway told the court that Van Breda&39;s version of what happened in the early hours of January 27 2015 "cannot be reasonably possibly true".

"His version is fabricated and should be rejected as false."

Van Breda claimed that a laughing, axe-wielding intruder, wearing a balaclava and dark clothing, was behind the attack at his family home in the security estate De Zalze in Stellenbosch.

The vicious axe attacks left his mother Teresa, father Martin and brother Rudi, dead. His sister Marli, who was 16 at the time, survived the attack, but Galloway said this was "not indicative of a lesser attack, but rather a miracle".

Galloway said Van Breda committed the murders with premeditation: "He had to have armed himself. The axe and knife were in two different locations, he had to go there to arm himself."

She said "he did nothing" for almost three hours after the attacks, despite the fact that Marli was still alive.

"He could have been waiting for them all to die while he smoked his cigarettes."

She said Van Breda&39;s injuries were self-inflicted, he had tampered with the crime scene, and had given police false information.

The two anomalies of the case - Marli&39;s blood was not found on Van Breda&39;s socks, shorts or on the axe, and there was no blood on the bottom of his socks - were "neutral aspects" she added.

During the trial, bloodstain analyst, police captain Marius Joubert testified that "the absence of evidence is not evidence of absence". He said it was possible to assault a person and not have a single drop of blood on you, a point reiterated by Galloway on Monday.

The prosecutor also highlighted the discrepancies in Van Breda&39;s plea explanation and his testimony in court, submitting that it was "quite apparent that he amended his version as an afterthought".

She said Van Breda had made a poor impression as a witness, spoke confidently and in a "superior manner" at times and gave a "well-rehearsed" version of his plea explanation.

"He at all times tried to reason his decision-making and demeanour during and after the attack. Even when he couldn&39;t remember something he tried to justify his decisions."

She described him as having "selective memory loss", able to recall great detail in some instances, but in others nothing at all.

Furthermore, he could not explain why the intruder or intruders had chosen the Van Breda house in the middle of the estate, did not remove valuables, attacked the family with "extensive chop wounds", but left an eyewitness "virtually unharmed".

She also questioned his explanation of a loss of consciousness for the almost three-hour time lapse between the attacks and calling for emergency services. "The accused&39;s explanation changed at the very end of the trial to epilepsy."

Judge Siraj Desai, who has been presiding over the prolonged trial, criticised defence DNA expert Dr Antonel Olckers, accusing her of being on a "fault-finding" mission.

Galloway said Olckers merely criticised the process, and did not do any analysis of her own.

"We submit that her evidence was of no value."

Desai seemed to agree: "She didn&39;t say x, y and z were wrong. I&39;m not saying she isn&39;t entitled to give evidence. But there should be some limits on this."

Galloway said there had been no contamination of evidence and whatever "mistakes" were noted are simply human nature: "She also didn&39;t say because of those mistakes your results are wrong."

Desai said her evidence had taken up about 20 percent of the trial and said there should be legislation on whether this kind of evidence should be permitted.

The defence is set to present its closing arguments on Tuesday.