Palestinian teen activist to be invited to SA: Mandla Mandela 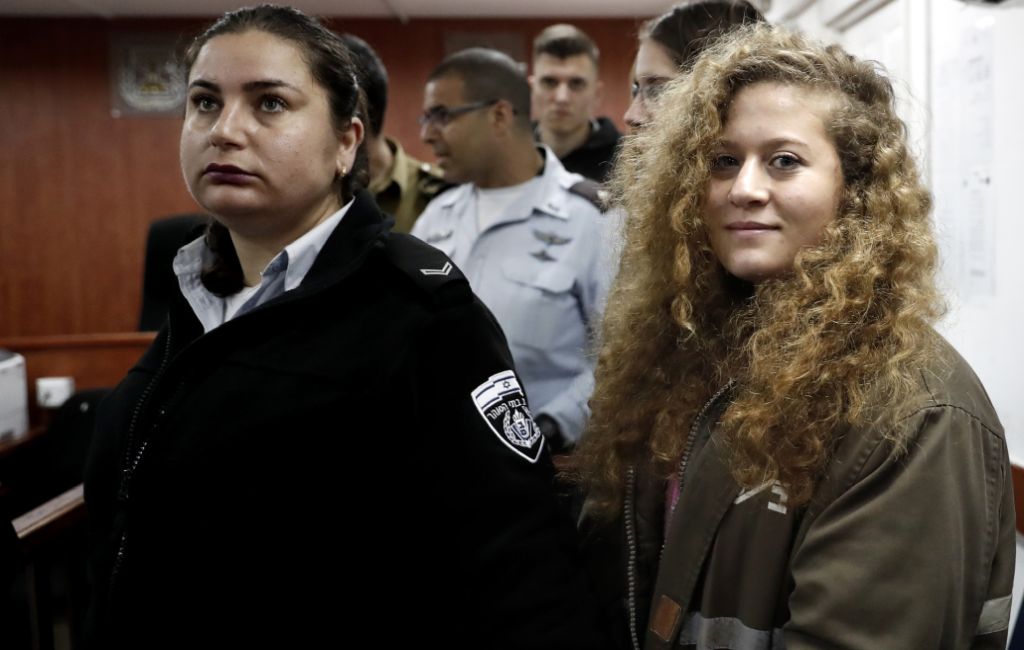 Seventeen-year-old Palestinian Ahed Tamimi (R), a well-known campaigner against Israel's occupation, stands for the beginning of her trial in the Israeli military court at Ofer military prison, Betunia, February 13, 2018.

JOHANNESBURG - Nelson Mandela’s grandson, Mandla Mandela, says Palestinian teen activist Ahed Tamimi -- who was released on Sunday from an Israeli prison -- will be invited to South Africa to receive a special award for her bravery, resistance and being a symbol of hope for millions.

Mandela, the chief of the Mvezo traditional council, announced the invitation during a centennial celebration to mark his grandfather’s birth, calling Ahed a “symbol of Palestinian resistance”, the Afro-Palestine Newswire Service reported Monday morning.

Tamimi was incarcerated for slapping an Israeli soldier and kicking another after her 15-year-old cousin was shot in the head with a rubber-coated, metal bullet by Israeli soldiers following confrontations between soldiers and Palestinian youths during a nightly raid on the Palestinian village of Nabi Saleh in the Israeli-occupied West Bank.

Muhammad Tamimi required emergency surgery and was left permanently maimed with a large portion of his skull removed.

Ahed Tamimi&39;s mother, Nariman, was also released on Sunday after being imprisoned on charges of incitement for sharing a live recording of her teenage daughter standing up to the fully-armed Israeli soldier in December.

Speaking immediately after her release from her home in Nabi Saleh in the occupied West Bank, Tamimi said that while she was happy to be reunited with her family, she could not forget other young Palestinians who still languished in Israeli prisons – including her brother and two cousins.

Amnesty International has cautioned that Tamimi’s release must not obscure the Israeli military’s use of discriminatory policies to lock up Palestinian children.

“While Ahed’s freedom is welcome and long overdue, it must be followed by the release of the other Palestinian children unlawfully imprisoned by Israeli military courts,” said Saleh Higazi, head of Amnesty’s Jerusalem office.

According to the Addameer prisoner support group, of the approximately 5900 Palestinian political prisoners currently being held in Israeli jails, 291 were children.

The 17-year-old Ahed, who has since become a global icon of resistance, also relayed messages from Palestinian female political prisoners, calling on Palestinians to remain strong and united in their resistance to the Israeli occupation.

The teen’s arrest drew international condemnation and put the spotlight on Israel’s arrest and imprisonment of Palestinians, especially children.