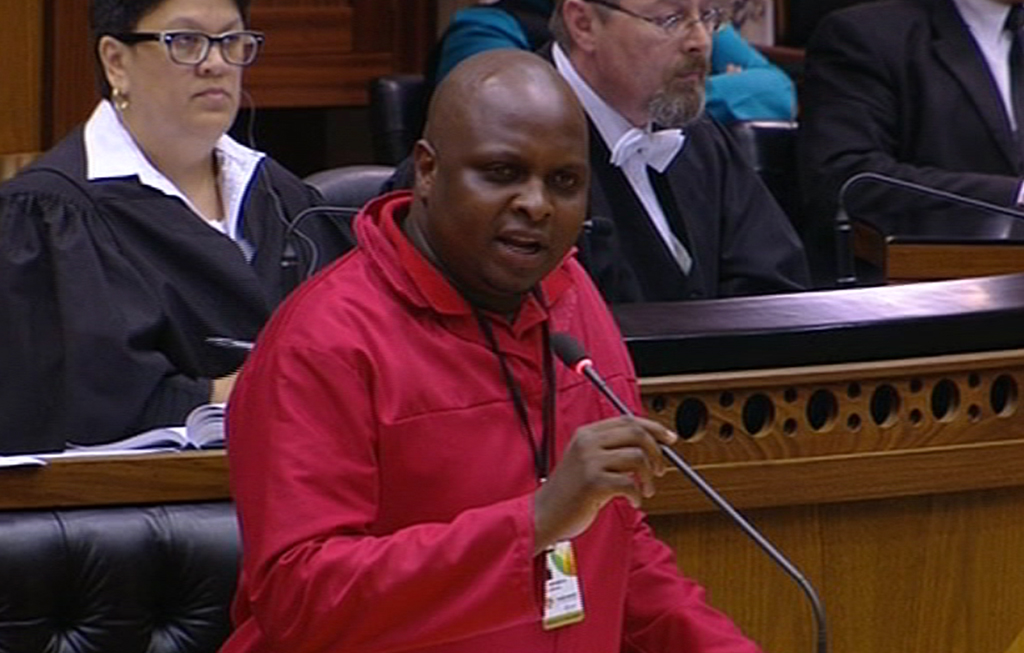 It says Shivambu&39;q questioning of Momoniat on Tuesday was unwarranted and racist.

The ANC has effectively replaced National Treasury Director General Dondo, Minister and Deputy Minister of Finance to dominance by one Ismail Momoniat, who single handedly controls the institution. To their exclusion, he runs Tax, Budgeting, Financial sector transformation, etc..

FACT: National Treasury DDG Momoniat Ismail undermines and disregards black, particularly African leadership in the Ministry/Department of Finance and all the entities. We asked a simple question of where are other DDGs, where’s the DG whilst he dominates all major decisions?

It’s a sad day for the struggle for a non-racial society. Momoniat worked in the underground structures of the ANC and SACP and helped in rebuilding them. His credentials are impeccable. This is not to say one can’t differ with his current political and ideological outlook. Sad! https://t.co/kYufZu8Qft

Ismail Momoniat is former university Mathematics lecturer. He has an MSc from the London School of Economics and an MSc (Maths) from WITS.

You, you are just a racist bully.

The ANC caucus in Parliament said Shivambu&39;s comments bordered on racism and were highly derogatory to Indian South Africans.

"His erratic behaviour towards non-Africans is cause for grave concern," the caucus said, referring also to an attack on a white journalist by the EFF MP.

I rarely tweet, but this attack on Ismail Momoniat must be countered. Momo is one of the finest civil servants that the country has produced. I challenge those attacking him to subject themselves to lifestyle audits. His critics have something to hide.

You are lying when you say "always".. This is very strange because I used to work for National Treasury for over 8 years and momoniat is one of those people who made me very uncomfortable in meetings. He seemed to undermine black people naturally. You don&39;t know that!

Yunus Carrim, chairperson of the standing committee, said in a statement: “Of course, you can’t have non-racialism without African leadership, but you also cannot exclude non-Africans simply on the basis of their race. What next? Are we going to dismiss the contribution of Ahmed Kathrada, Joe Slovo, Helen Joseph and Dulcie September simply on the grounds of race?

& then... Yoyo Yunus: `momoniat is a struggle veteran&39;... but Momo`s legitimacy at FinCom is not based on his struggle reciepts... It is based on his job descriptionhttps://t.co/AbGDlmj7JU

"We don’t have to compromise one iota on the need for African leadership, while accepting the role of outstanding public servants like Mr Momoniat,” Carrim said.

Carrim said there was no evidence that Momoniat was corrupt, as Shivambu had claimed.

"In fact, the committee knows him to be an extremely hardworking, honest, skilled and experienced official who served both the anti-apartheid struggle and the new democracy selflessly."

Carrim urged MP  not to fuel the growing racial polarisation in the country.

The EFF has supported Shivambu, issuing this statement:

Carrim said his committee has persistently encouraged the National Treasury to ensure its senior officials are more representative of South Africa’s racial and gender demographics. "It has also consistently called for the entire financial sector to be more demographically representative."