WATCH: Zuma speaks out against secret ballot in Parliament 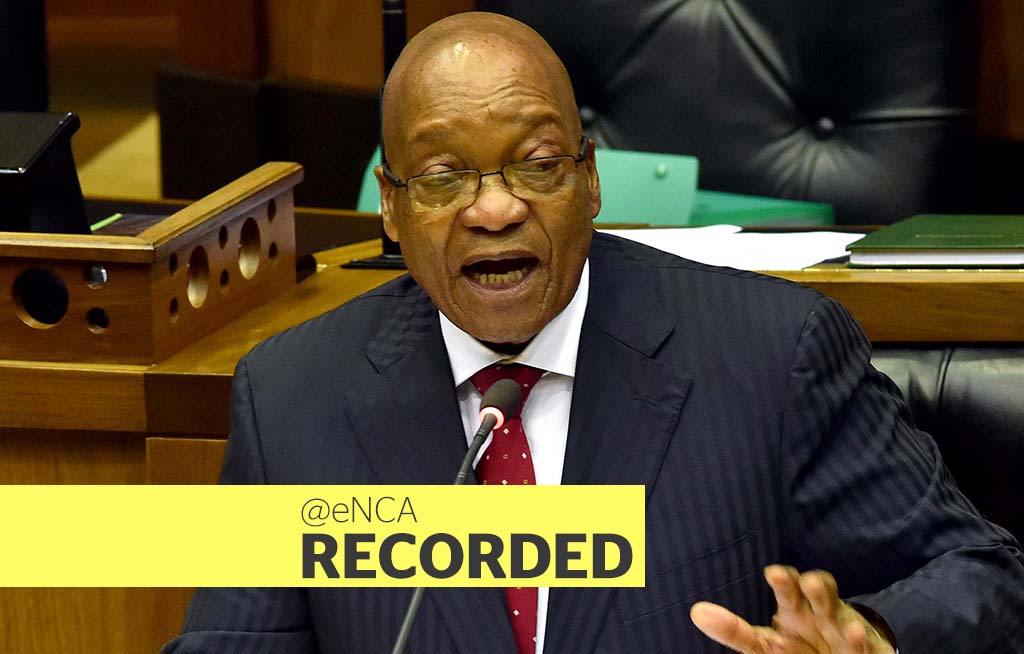 President Jacob Zuma will be answering questions in Parliamenton Thursday afternoon.In light of the previous timeshe has faced MPs,theConstitutional Court ruling on a secret ballot and the Guptaleaks, the Q&A issure to be heated.

He responded to opposition parties and civil society’s calls for an inquiry into state capture allegations, as well as his fitness to lead the country.

Other topics discussed included the country's economic challenges, such as the junk status downgrade and soaring unemployment.

The president said he was not the cause of South Africa's economic turmoil and questions about his leadership capabilities were irrelevant, because he did not volunteer to become a leader.

“Jacob Zuma did not say he was a good leader. He was elected by the majority of this country as a leader that can lead South Africa and that is the fact, that is the reality,” he said.

Speaking in favaour of the revised Mining Charter presented by minister Zwane, the president said the charter was necessary to strengthen the economy of the country.

“We have said, we need to do something to change the economy- to ensure that we ignite the economy. We could not stay at the same place without being innovative about the economy particularly in mining.

"Mining has been there for centuries in South Africa. There’s been booms and declines of the economy with the mining being there. There hasn’t been a visible change in making the mining a key sector of the economy in this country to change and work differently.

"To support the economy, mining has been there whether there was a recession - it’s not the first time that we have it. It has been there. So there’s nothing new and we couldn’t wait because we had said what can we do to boost the economy,” President Zuma said.

With regards to the releaseof numerous e-mails, know as #GuptaLeaks, the president said, "The e-mails, sitting here I don’t know where they come from, I don’t know how authentic they are.

"They’ve never been tested in any institution. What we’ve done as part of the measures to deal with the matter, we’ve taken the decision to establish a judicial commission of inquiry so the e-mails will be part of that.

"So we are not leaving them unattended. Then we’ll be able to speak about the e-mails with a serious scientific investigations which will tell us exactly what happened”.

Radical economic transformation and the nuclear programme were also discussed.

The president is also expected to update the nation on the White Paper on Comprehensive Social Security.