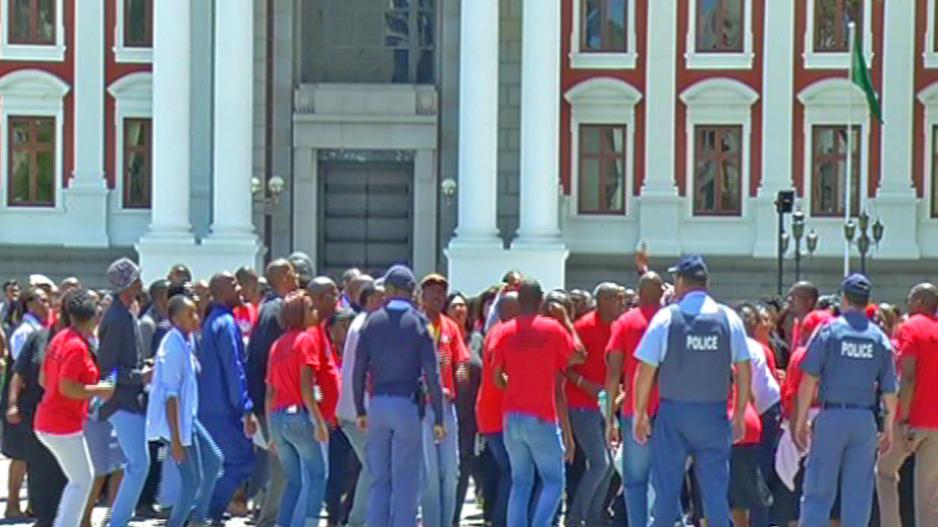 - About 100 students from various campuses ignored exams that started on Monday. They demanded to speak to President Jacob Zuma, even though he is out of the country on an official visit.

About 100 students from various campuses ignored exams that were due to start on Monday.

They demanded to speak to President Jacob Zuma, even though he is out of the country on an official visit to Germany.

The protesters demanded answers from President Jacob Zuma on issues such as free education for all and the in-sourcing of university workers.

Instead, acting higher education minister, Thulas Nxesi, came out to address the them.

"South African government to progressive realisation of free higher education for the poor up to graduate level only thing left now is to decide on the funding model...."

But the heckling students weren&39;t prepared to listen to him.

"The plan of action is that we get the head of the state to respond if he doesn&39;t come our people must see that he doesn&39;t recognise them, has no connection with them and if Blade Nzimande doesn&39;t come out.Therefore we must lead them to UCT to shutdown the headquarters of white supremacy," said UCT student Athabile Noxuba.

The students got some support from members of the National Education, Health and Allied Workers union.

But police prevented them from leaving Parliament to join the students.