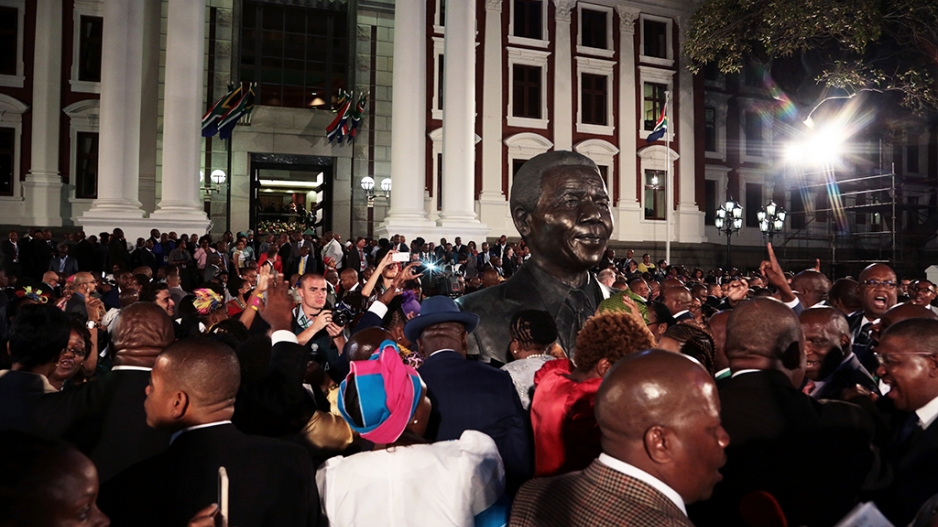 Members of Parliament and journalists congregate after the State of the Nation Address on February 11, 2016.

JOHANNESBURG - In a further rebuke to Parliament, The Supreme Court of Appeal (SCA) on Thursday ruled that broadcasting policies and rules implemented during last year’s State of the Nation Address in Parliament violated constitutional principles of openness.

In the case, brought by the South African National Editors Forum (Sanef), Primedia, and The Right2Know Campaign, the court further ruled that the use of the signal jamming device in the house was unlawful.

The signal jamming led to disruptions in Parliament resulting in clashes between Parliament's private security and the EFF and the forcible eviction of members of the EFF from the House.

During the disruption, cellphone signals and television coverage from the House was disabled, thus preventing journalists from reporting events.

The court noted that "The Constitution... affords all South Africans the right to see and hear what happens in Parliament."

It found the State Security Agency's jamming of feeds from the house without seeking the authority of Parliament to be illegal, and noted that during the scuffles in Parliament, the 'parliamentary television broadcast feed was limited to showing the face of the Speaker, Ms Baleka Mbete, and showed nothing" of the scuffle between the EFF and security personnel.

The appeal was upheld with costs.