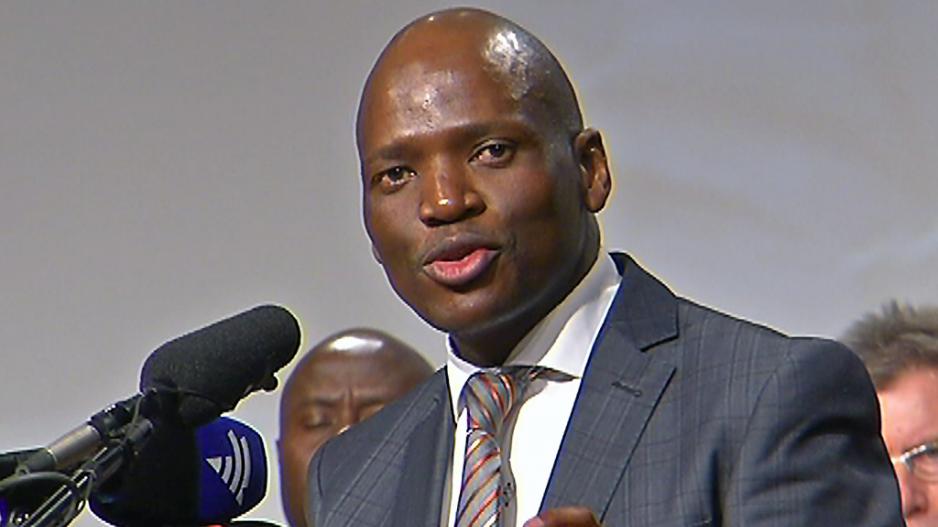 Johannesburg, 29 June 2016 - SABC COO Hlaudi Motsoeneng says employees who dont toe the line will be dealt with. He was speaking at a press conference on Tuesday to address the resignation of Acting CEO Jimi Matthews.

Motsoeneng, along with the SABC board and Communications Minister Faith Muthambi were appearing before Parliament&39;s communications portfolio committee on Tuesday.

"Why do these people have so much interest in the SABC? Some of these members are not adhering to the oath they have taken," he told MPs.

"Some political parties, they collude - a very nice word - they collude with certain print media and commercial broadcasters" Hlaudi SABC

The SABC’s board claims its detractors were unfairly focusing on the public broadcaster&39;s affairs.

The board maintains the public broadcaster is in "good hands".

Board member Aaron Tshidzumba told MPs there&39;s nothing unusual about its recent editorial policy changes and spiking stories it doesn&39;t like.

Aaron Tshidzumba says SABC is a Public co. Because Public votes for a government, government is shareholder and therefore a Public company.

Motsoeneng dismissed calls from the opposition for a full parliamentary inquiry into the running of the SABC, saying the opposition members of the committee lacked honour. He claimed that the SABC deserved to be "commended" for its coverage of the elections.

Reacting to the DA’s description of the SABC&39;s affairs as “chaotic”, Motsoeneng responded that the DA was trying to "redefine success as failure".

The Freedom Front Plus’s Pieter Mulder told the committee that he called an SABC current affairs radio show and was told that he was not allowed to participate because of his party affiliation.

The same happened to his colleague Pieter Groenewald before the August 3 elections, he added.

Motsoeneng said he was relieved to see that there were “at least some black people” at the FF Plus’s political events, and that the party should remember it was given more airtime on Radio Sonder Grense because the station was "among those that had not been transformed".

“We are going to zoom-in on those radio stations and transform RSG,” he said.

The SABC said the dismissal of eight employees was widely covered by the media but there was no coverage of the 123 employees dismissed for fraud.

Motsoeneng said the SABC would proceed "undeterred" with disciplinary action where it felt it was needed.

“We are not going to be stopped by the noise,” he said.

DA MP Phumzile van Damme said it was clear that the ANC majority on the committee had received “a call from Luthuli House” to backtrack on the readiness it showed a week ago to proceed with an inquiry into the SABC.

DA&39;s Phumzille van Damme again calls for a full scale inquiry into the affairs of the SABC. "I&39;m not satisfied at what i&39;ve heard."