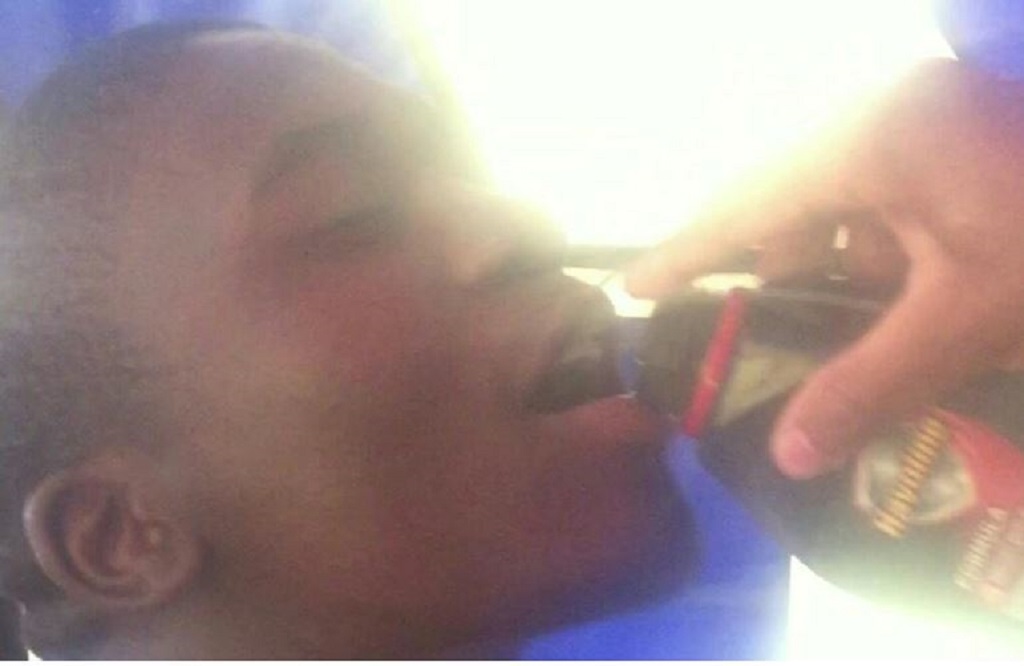 Image of a congregant drinking a vehicle engine cleaning fluid during a sermon.

JOHANNESBURG – A prophet who gives his congregants engine cleaning fluid to heal them, says the liquid tastes like honey.

Prophet Theo Bongani Maseko of the Breath of Christ Ministries in Daveyton said the chemical attacks viruses in a person’s body and detects demons.

Maseko said his methods posed no health danger and admitted to drinking the fluid himself.

“It tastes like honey. I drank it twice,” he said.

The prophet claims that none of his congregants have ever been admitted to hospital following a healing session.

“They were all healed, they came with a testimony. Five people have been healed," said Maseko, who claimed to have received his calling before he was born.

Maseko joins the ever growing list of controversial pastors who have in recent times performed dubious methods during church services.

Other pastors have made congregants eat grass, rodents and snakes, drink petrol and sprayed them with Doom insect killer.

Maseko had nothing but praise for his fellow controversial clergymen.

“I see God in them, I see Christ in them, and I cannot approve or disapprove what is of God. Let God approve.”

The Commission for the Promotion and Protection of the Rights of Religious, Cultural and Linguistic Communities (CRL) has called for religious leaders to be regulated and practising pastors to be licensed.

“We are proposing that religious leaders sit down and call each other to law,” said the organisation’s chairperson Thoko Mkhwanazi-Xaluva.

“These pastors keep upping the stakes, very soon something bad will happen and we don’t want it to get to that point.

"Luckily nothing bad has happened so far. Soon people will die from these things," she said.

“There is nowhere it is written in the Bible where it refers to engine cleaning liquid curing people.

Mkhwanazi-Xaluva said only when congregants complain, can criminal proceedings be brought against the pastors.