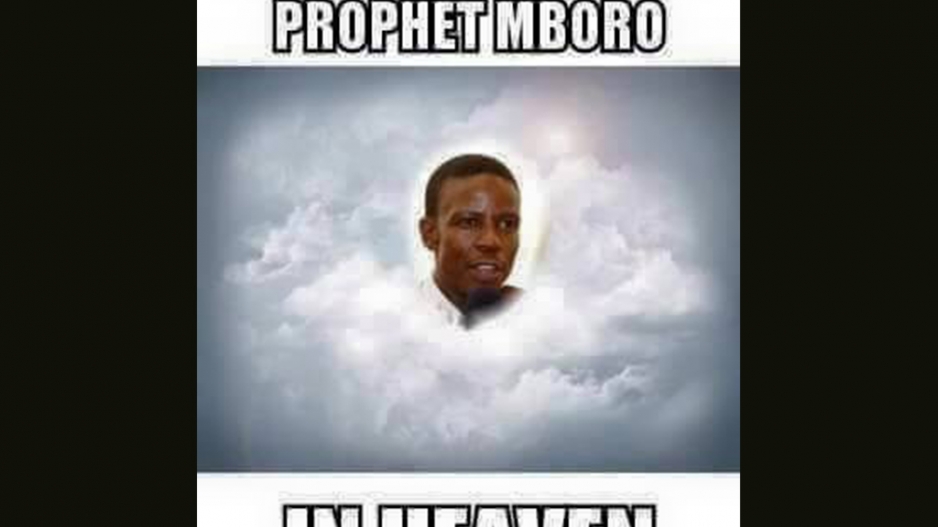 Prophet Mboro posted a photo of himself on Facebook after he was "captured" to heaven on Easter Sunday. The religious leader then allegedly offered to sell the photo for R5,000.

JOHANNESBURG - The Commission for the Promotion and Protection of Cultural, Religious and Linguistic Communities (CRL Rights Commission) are planning to reinstate criminal charges against Paseka Motsoeneng, also known as, Prophet Mboro.

The CRL Commission suspended its plans to charge Mboro for not handing over audited financial statements during their investigation into him and his church, Incredible Happenings Ministries, for commercialisation of religion.

Reports emerged last week alleging that Prophet Mboro was “captured” to heaven on Easter Sunday and took selfies of the incident on his Galaxy Smartphone.

Mboro’s spokesperson, Mr Nkuna, told the local newspaper, the Katlehong Weekly, that the pcitures are available for R5,000 and can be sent via WhatsApp.

“Its another fundraising gimmick as far as we are concerned,” said chairperson Thoko Mkhwanazi-Xaluva.

The commission has tried mediation but Mkhwanazi-Xaluva said the negotiations had failed so they plan to file criminal charges at the HIllbrow police station next week.

“We are monitoring the heaven selfies – this is extortion and commercialisation of religion,” she said.

“We are also going to issue him with a subpoena for the selfies.” Said Mkhwanazi-Xaluva.

“He calls himself a Christian but his church is a cult, he’s not following the doctrines of Christianity,” she said.

“People must stop going to his church and start going to a Bible-believing Church instead,” she said.

Prophet Mboro has to work on his lying skills pic.twitter.com/H9u66ooF40