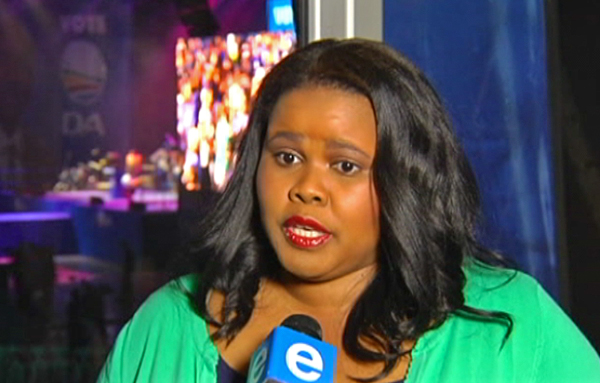 At the DA&39;s final election rally at the Coca-Cola Dome in Johannesburg on Saturday, Mazibuko told eNCA that she questioned Patel&39;s figures on job creation at the Great Debate.

Said Mazibuko: "I am pretty confident that Ebrahim Patel made up some of the figures."

She reaffirmed the DA&39;s stance on job creation and that the province with the lowest figures of unemployment was the Western Cape -- a DA-run province.

Patel has denied the allegations and said he would respond to them at an ANC rally on Sunday.

Watch her full interview in the gallery above.

Not sure where to place your mark? Use our Voting Aid to find the party that best represents you. Click here: http://www.enca.com/south-africa/voting-aid