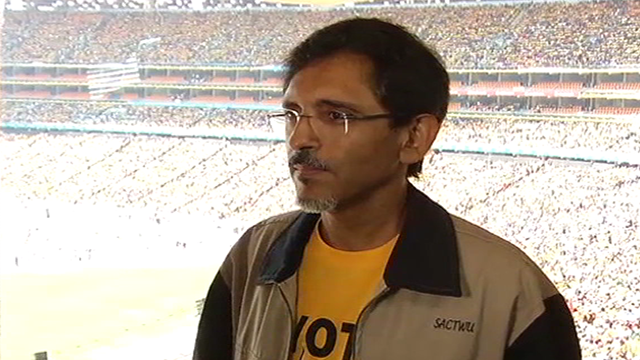 JOHANNESBURG - Economic development minister Ebrahim Patel has dismissed claims that he had "made up" employment statistics.
DA parliamentary leader Lindiwe Mazibuko on Saturday questioned whether figures quoted by Patel during an election debate existed.
During an election debate hosted by eNCA on Thursday Patel disputed the DA&39;s claim that it had a better job creation record in the Western Cape, where it rules, than ANC-run provinces in the rest of the country.
Patel disputed that, saying the DA was quoting statistics selectively.
Patel on Sunday handed documents to eNCA which he said proved that his numbers were in order.
"It comes down ultimately to one question: who is competent to run the nine provinces, who is competent to run the country? And if our record shows that weve created 1.5-million new jobs since the New Growth Path of government was adopted, that&39;s important to recognise publicly," Patel told eNCA.
"As importantly if the DA has not been able to achieve the claims it has made, then it comes down to the fact that at the level of the economy they don&39;t have the competence to run the country, they don&39;t have the competence to run the Western Cape."
Ingrid Woolard, a professor of economics at the University of Cape Town, said the statistics Patel cited could be easily obtained via the Nesstar app on the Stats SA website.
"It allows you to drill down deeper into the data," Woolard said, but added: "Stats SA don&39;t encourage one to drill down too deeply into the data because of the sample size. It&39;s not a census -- it&39;s only 100,000."
Mazibuko could not be reached for comment on Sunday.
To hear more from Patel see his interview in the video above.
Not sure where to place your mark? Use our Voting Aid to find the party that best represents you. Click here: http://www.enca.com/south-africa/voting-aid