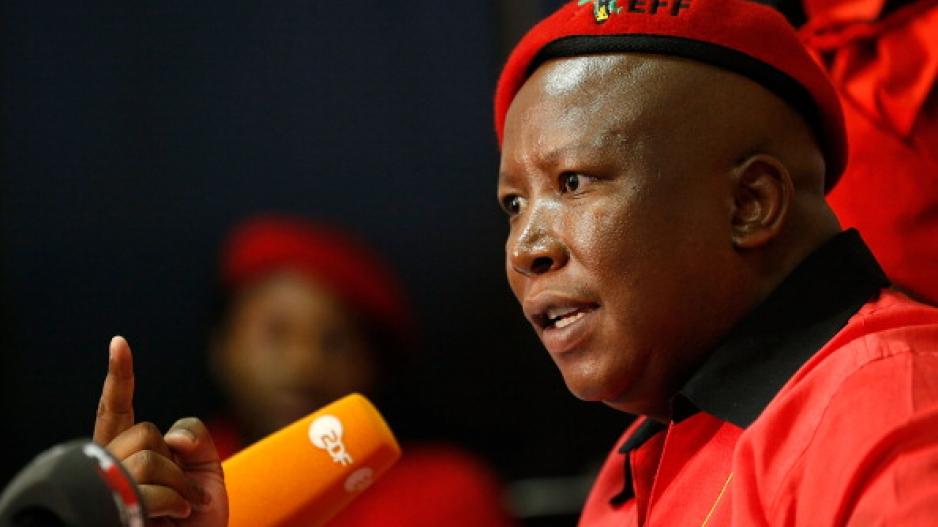 JOHANNESBURG – The EFF says it will not accept President Jacob Zuma’s settlement proposal unless its demands are met.

The opposition party on Thursday held a media briefing in response to a proposal by the president to pay back a portion of the money used to upgrade his controversial Nkandla homestead.

Among its demands are the fact that the Zuma must first affirm the powers of Public Protector, Thuli Madonsela.

“We cannot have a situation where the PP is told she is not God and that her remedial actions are not binding," said EFF leader, Julius Malema.

“We will not agree to any settlement that does not affirm the powers of the Public Protector,”

They also want the president to agree that “he was in breach of the constitution and the oath of office”.

“We are not going to be party to any settlement that does not speak to those conditions,” said Malema.

The settlement, Malema says, must include an agreement by Zuma that things like the fire pool and chicken runs in Nkandla were never part of security features and therefore he’d have to pay for them.

Malema praised South Africa’s judiciary for demonstrating independence against the control of the governing party.

RT @Bongiwe_Khumalo: Nkandla Malema: Zuma being Zuma writes to us and copies judges so that he can influence judges.

Malema called the affiliation between the Zuma and the Gupta family, the Zuptas and told journalists "the Zuptas must fall".

RT @Bongiwe_Khumalo: Nkandla Malema: We have another demand. The Guptas must leave the country. We are going to take practical action.

He said another demand that was part of the party&39;s political programme was that the Guptas should leave the country with immediate effect.

“Guptas (media) must not come to EFF events because it’s no longer safe for them,” said Malema.

ANN7 cameras pulled out of the event as soon as Malema made an announcement that the media related to the Guptas should no longer attend EFF press briefings or events.

Calling by name ANN7 and The New Age, Malema said the entities owned by the Guptas were not media but propaganda.

Asked whether he disregarded journalists belonging to those media houses, he said that everything and everyone who worked with the Guptas was affiliated with corruption.

Malema called for the public to join the party’s march to the Constitutional Court on 9 February.

He once again vowed to ensure that the EFF would raise the issue of the sacking of Finance Minister, Nhlanhla Nene, when Parliament opened on 11 February.

Watch the video above for the full media briefing.