Pepper spray, not teargas, in the National Assembly 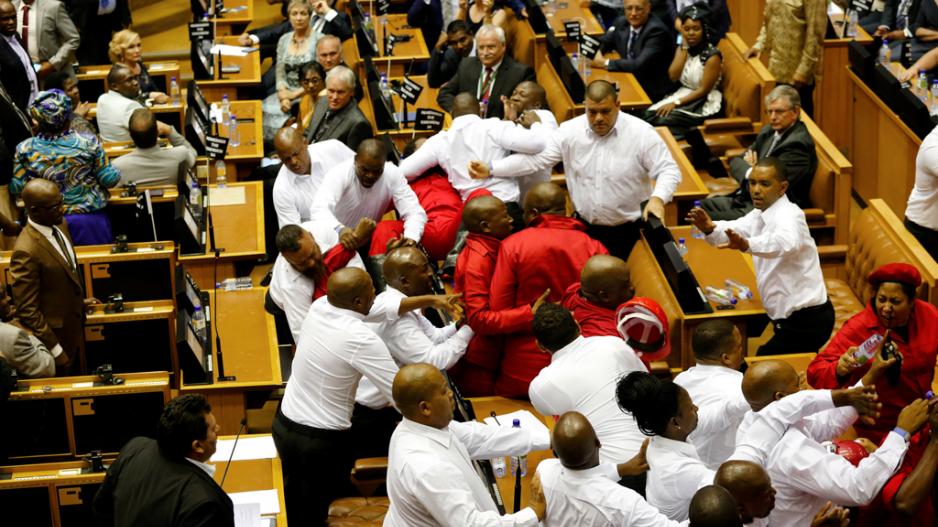 9 February 2017: Security officials remove members of the Economic Freedom Fighters during President Jacob Zuma's State of the Nation Address (Sona) to a joint sitting of the National Assembly and the National Council of Provinces in Cape Town.

PARLIAMENT – Pepper spray was used in the public gallery of the National Assembly, the National Council of Provinces chairwoman, Thandi Modise, confirmed on Thursday after President Jacob Zuma delivered his State of the Nation Address.

Modise said the the DA complained after they walked out in protest ahead of the speech that teargas had been used in the gallery.

A brief investigation found that it had, in fact, been pepper spray, she said, and apologised to the sitting and the guests.

“Whatever it was, it should not have happened.”

Modise said the incident would be investigated fully.

The DA complained after the EFF were dragged from the chamber by security staff for heckling Zuma in scenes of violence the official opposition described as “sickening”.