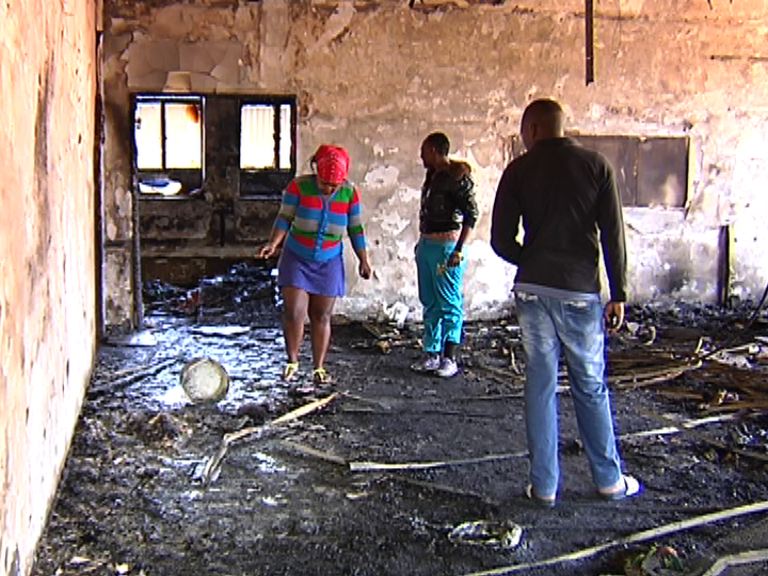 Police are searching for a man who allegedly started a deadly fire in a residential building in central Johannesburg.
He’s accused of throwing a petrol bomb into his girlfriend’s flat.
For a gallery of images, click here.
The residents of the Cape York Building say the couple had been arguing.
The fire spread and four people, among them a 2-year-old child, were killed.
Some residents had to jump from the high-rise building to escape the flames.
Resident Nokuthula Khewu says: "At the moment I don’t feel safe, I can’t continue staying here cause people died here and this building has cracks and it’s not safe at all"
Another resident, Kenneth Taruvinga managed to escape unharmed but but soon realised his brother Jonathan was missing and the 37-year-old is among those killed.
Taruvinga used bed linen as a rope to jump through a window from the seventh to the sixth floor.
Stories of bravery, however, have emerged.
Wellington Masayiti says: "I found a sheet and go down with it and I called my wife to take the children and then helped another woman…and I asked one woman to give me her children and she said she wanted to die with her children."
Some tenants say a domestic dispute led to this chaos and destruction.
Mkhethwa Simango says: "He came with a petrol bomb and threw it inside his girlfriend’s room and the friend was not inside. There was also a generator here and it exploded and people jumped."
While the residents try to salvage what’s left of their belongings, police are probing the matter.
Police spokesperson, Constable Sibongile Mnguni says a case of arson has been opened.
"Three bodies were found inside the building, two 30 year olds and a 2 year old, they had burnt beyond recognition, the fourth guy died on his way to hospital cause he jumped to escape."
The alleged arsonist is yet to be arrested.