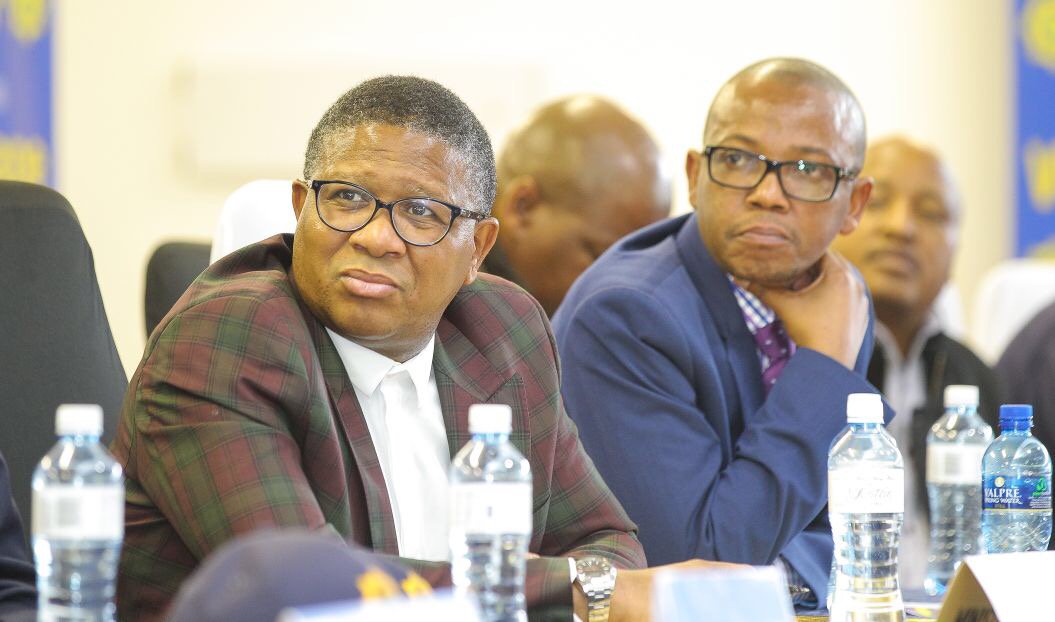 Minister of Police, Fikile Mbalula and his deputy Bongani Mkongi on a visit in Philippi.

CAPE TOWN - The station commander at Cape Town’s Philippi East police station that oversees the area where 23 people were killed last month is being replaced.

Currently at Marikana to see the scenes where the killings occurred. pic.twitter.com/cZhRNeAv29

Police Minister Fikile Mbalula visited the area on Tuesday and said the move is part of his strategy to improve policing.

He said urgent steps were needed to deal with the deaths in the Marikana informal settlement and that the area needs combative policing.

"We need to increase our overall policing capabilities,” Mbalula said.

“There has been a shortage of vehicles like in any other area, but as the same time visible policing is required.

“We have changed the overall control and direction. In this particular police station we will bring in a new station commander."

WATCH LIVE: Speaking to the Community of Philippi East. https://t.co/3pVtacePDS

Mbalula said it appeared some police members were working hand in hand with criminals but he said police are on top of the investigation.

"Our cops are basically implicated and blamed by communities for collaborating with criminals, we need to send a clear message to the criminals because they are dangerous, armed and terrorise the community here,” he said.

“Our detectives are hard at work both from national and in the province.

“There are people who were arrested not just minors but key people, up to five, were linked to what is happening here and so we will make pronouncements as and when we are ready."

WATCH: speaking to the families in Marikana, Phillipi - where 18 people were shot and killed by criminals https://t.co/19WKISMMCZ

However, Western Cape Community Safety MEC Dan Plato, is not convinced the change in police management in Philippi will solve the crime problems.

“Police let go of thousands of reservists that impact the police’s visibility in many communities including Philippi and Marikana area,” Plato said.

“At the end of the day the current reservist of SAPS is not working. I have written a letter to the minister asking him to do away with the current system.

“Currently we have in region of not less than 20 000 well trained reservists sitting at home and that void is not filled by SAPS. So you can change management the way you like, but without the necessary tools to do the necessary work that manager will not be able to do the work on his own”.