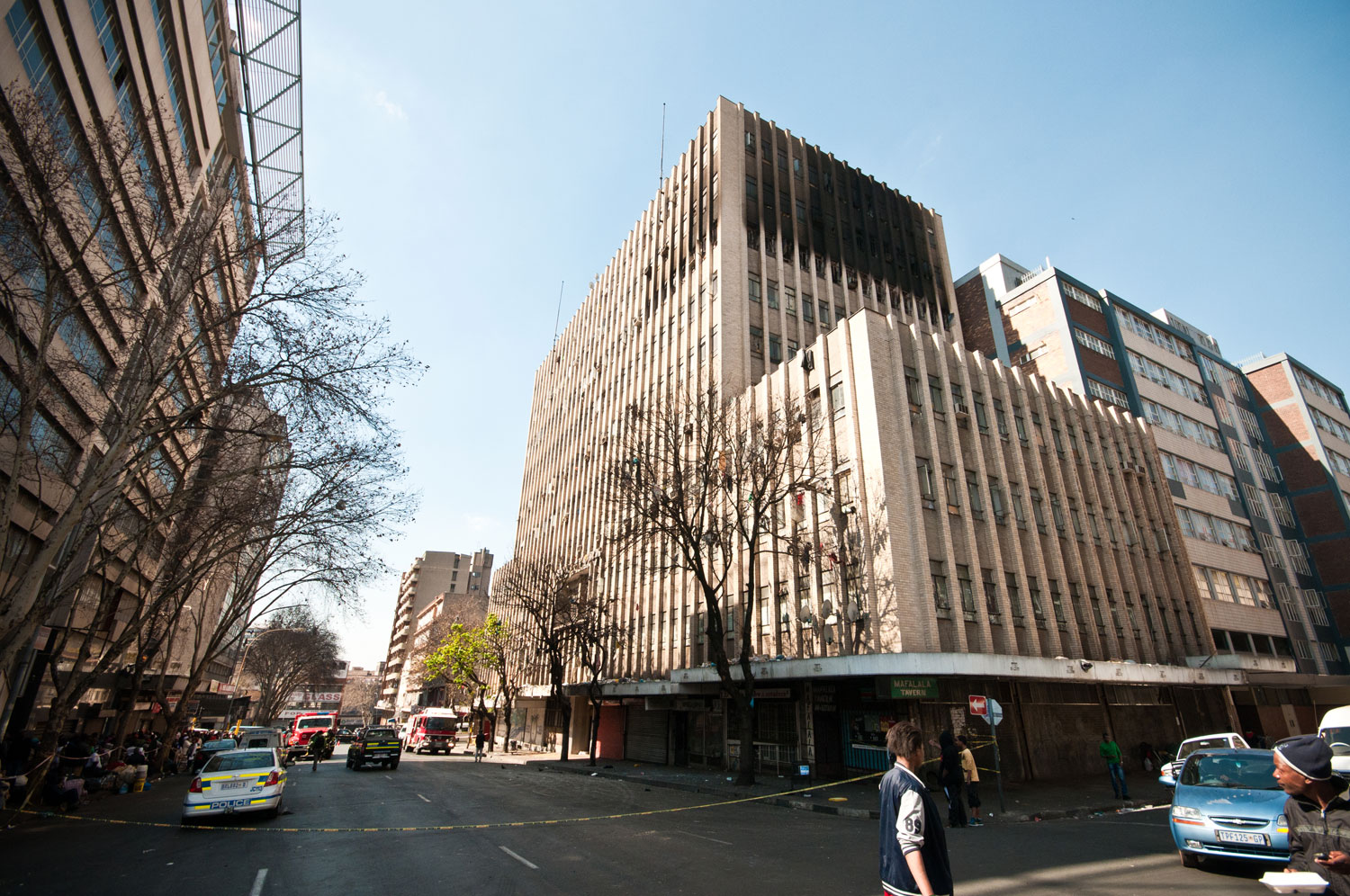 View showing the wet side of the building after the fire. A baby was one of four people who died after a fire in the Cape York building on the corner of Nugget and Jeppe street in central Johannesburg on Saturday, 3 August 2013.

Three adults and a baby died in Saturday morning&39;s blaze.

Police told eNCA they would be investigating claims by witnesses that a man had doused an apartment with petrol and set it alight during an altercation with his partner.

One man jumped out of the burning building and died on his way to hospital.

Two others died of smoke inhalation, while the fourth burnt to death.